Author
RomanNumeralII
Activity
over 3 years ago 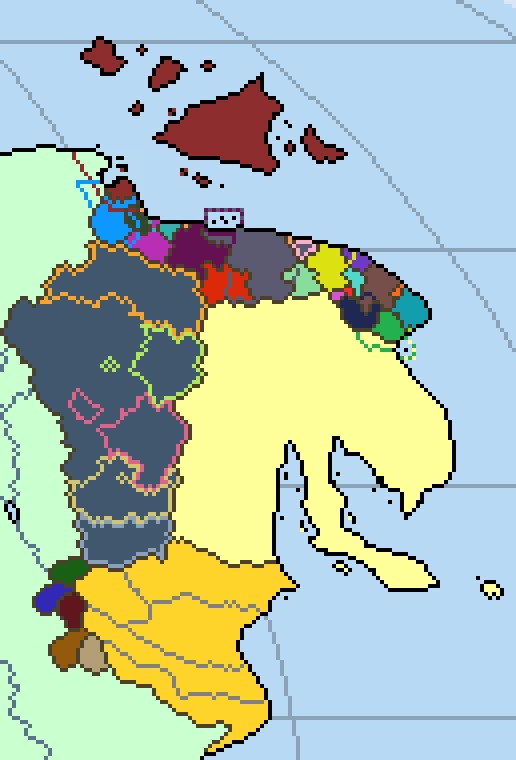 This shows the current nations of Theressia. Note that this represents all the dwarven lands as a single entity despite the fact that they're all independent nations. I did that so the map wouldn't be overly cluttered with dozens and dozens of small nations and city-states. The outlines inside of the dwarven lands show the five current leagues, as well as the unaligned states (mainly in the western parts of the mountains).

This map is subject to a lot of change, and it doesn't show the lands of the orcs or catfolk, as they are predominately nomadic, without fixed borders.