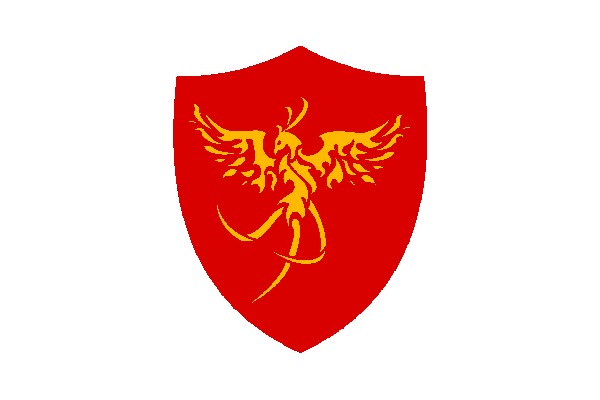 Laedryus's personal Royal Banner, a red version of the Blue Shield flag of the Colvarian Empire, overlayed with a yellow phoenix.

As with the Flag of the Colvarian Empire, the shield symbolises the resilience of the kingdom and the white background represents purity. The red colour symbolises courage and the phoenix is the symbol Laedryus chose to represent himself.