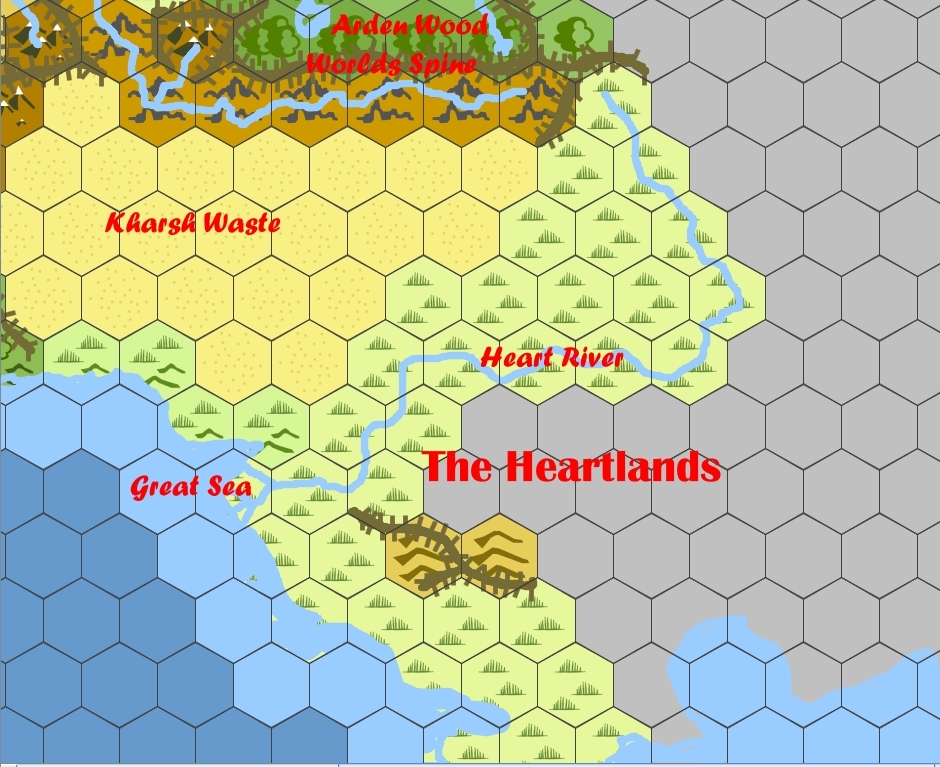 The settled lands bordering the great Heart river, stretching from the World's Spine mountains in the north to the Great Sea in the South and the Kharsh Wastes to the West.

During the First Age the Serpent Folk built their many Cyclopean cities and warrens here that the wars and chaos of the Second and Third Age left devastated and formed the foundations of the kingdoms that rose up in the Fourth Age.