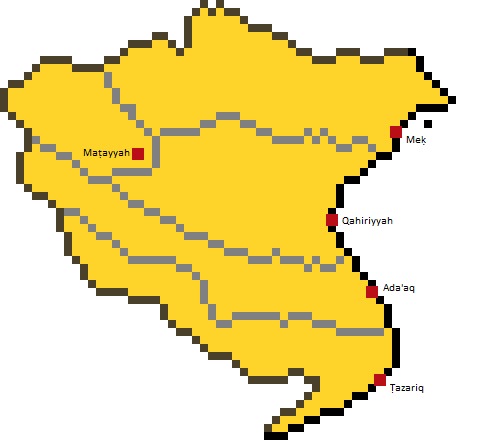 Al-Fahan (Fahrena: /ælfæ'hæn/) is a nation located in southern Theressia. It is the ancestral homeland of the elves. It is dominated by its vast deserts, with the rivers being the only strongholds of life within the lifeless sands.

Al-Fahan has an area of approximately 1,3 million km2 and a population of around 25 million.

The name "Al-Fahan" consists of three distinct parts: "Al-", "Fah", and "an". "Al-" is the Fahrena definite article, translated as "the". "Fah" is the root of the name, of unknown origin, though common theories state it was an old word for "river", alluding to the rivers that allow Al-Fahan to sustain life. The suffix "an" is akin to the English suffix "-land".

The five "major cities" of Al-Fahan (the capitals of the five subdivisions, and the only cities allowed to be voting centers for elections) are the following, from north to south: