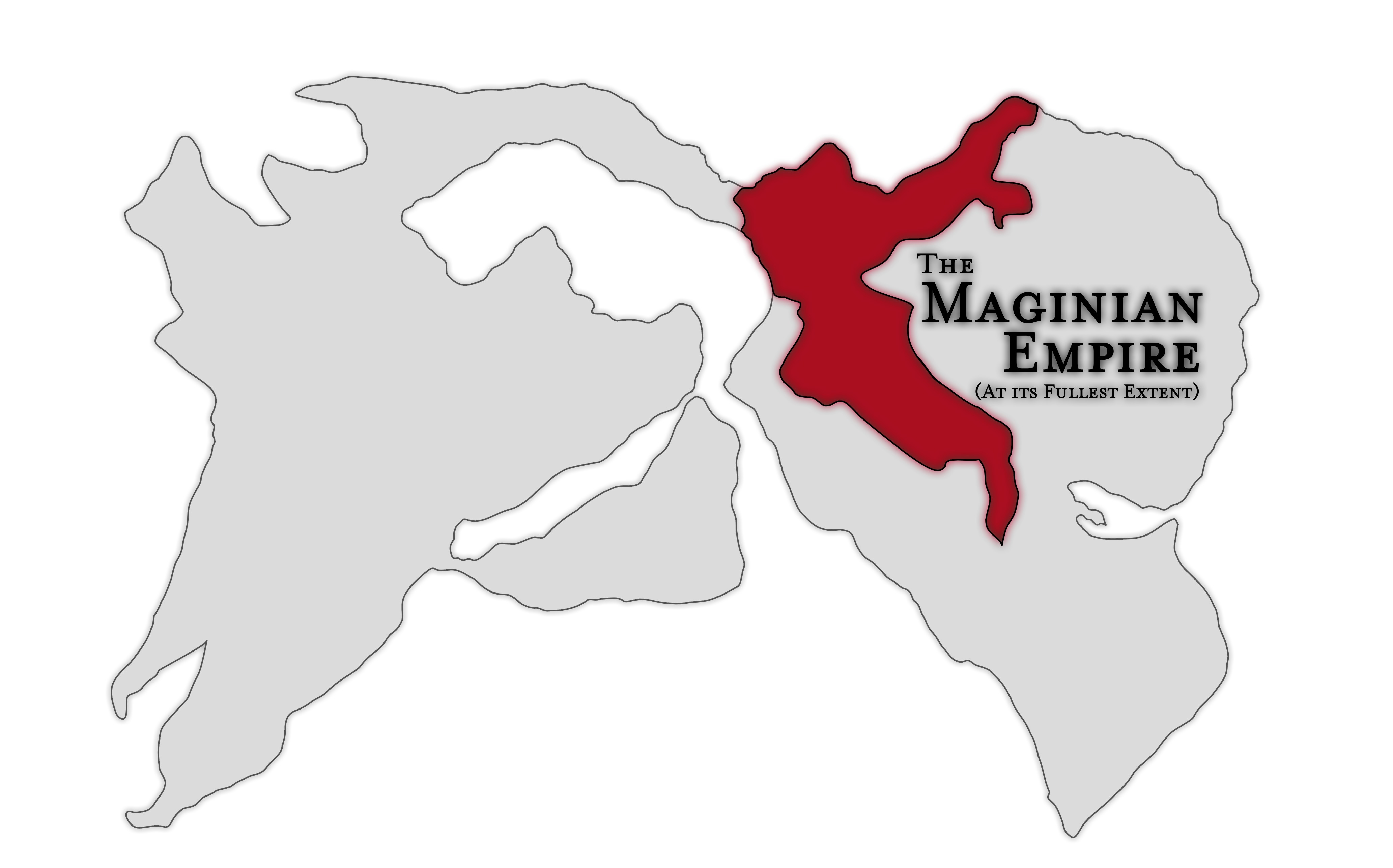 It's fitting that a people surrounded by rock and stone were among the first to harness the immense power within it. - Minako the Scholar

A hardy civilization that learned how to prosper in an environment that wanted nothing more than to wipe it out.  Survival was of utmost importance to the Magi, and in their eyes, survival goes hand in hand with trust.  Their governmental structures--even in the earliest stages of the empire--were very hierarchical in nature.  You needed to have faith that your king was knowledgeable enough to keep you and the rest of your clan alive.

The Maginian Empire first grew to prominence in the heart of the Belbösu mountains--a desolate place that offers plenty of hardships to those who live there such as harsh winters, insufficient plant and animal life, a stony ground that's difficult to till, and uneven landscapes preventing extensive building.  The people who live here have grown as hard as the stone that they work, and their endurance and will are legendary across Wisteria.  Despite all of the awful challenges that Belbösu has, there are some civilizations that choose to endure because of the treasures that are hidden deep in the mountainside and the clean, flowing water that the many springs of Belbösu provide.

The Maginian Empire arose when history first started to be recorded.  Oral tradition speaks of inhabitants of the mountains that have existed long before the Magi came to rule the lands.  Although there was a lot of diversity among the peoples that preceded the Maginian Empire, they are all collectively referred to as 'the Mountain Men,' not only because they live in the mountains, but because many ancient legends speak of these people being "birthed from the mountains and the valleys."

The name of the Magi came about from the ideals of the first family.  Starting with one father and his faithful sons, the Magi valued passing knowledge on to the next generation.  They were academics that wanted to expand the capabilities of the people around them.  Their methods were so successful that others began to adopt their way of life.  Though the father's name has been lost to the annals of history, some early writings that were recovered from the remains of the three libraries suggest that his name was Magus.  Regardless of what he was called, he adopted anyone who wished to learn his teachings into his family.

It's important to remember the Magi's roots in family because it greatly affected the culture that sprang from the first Magi.