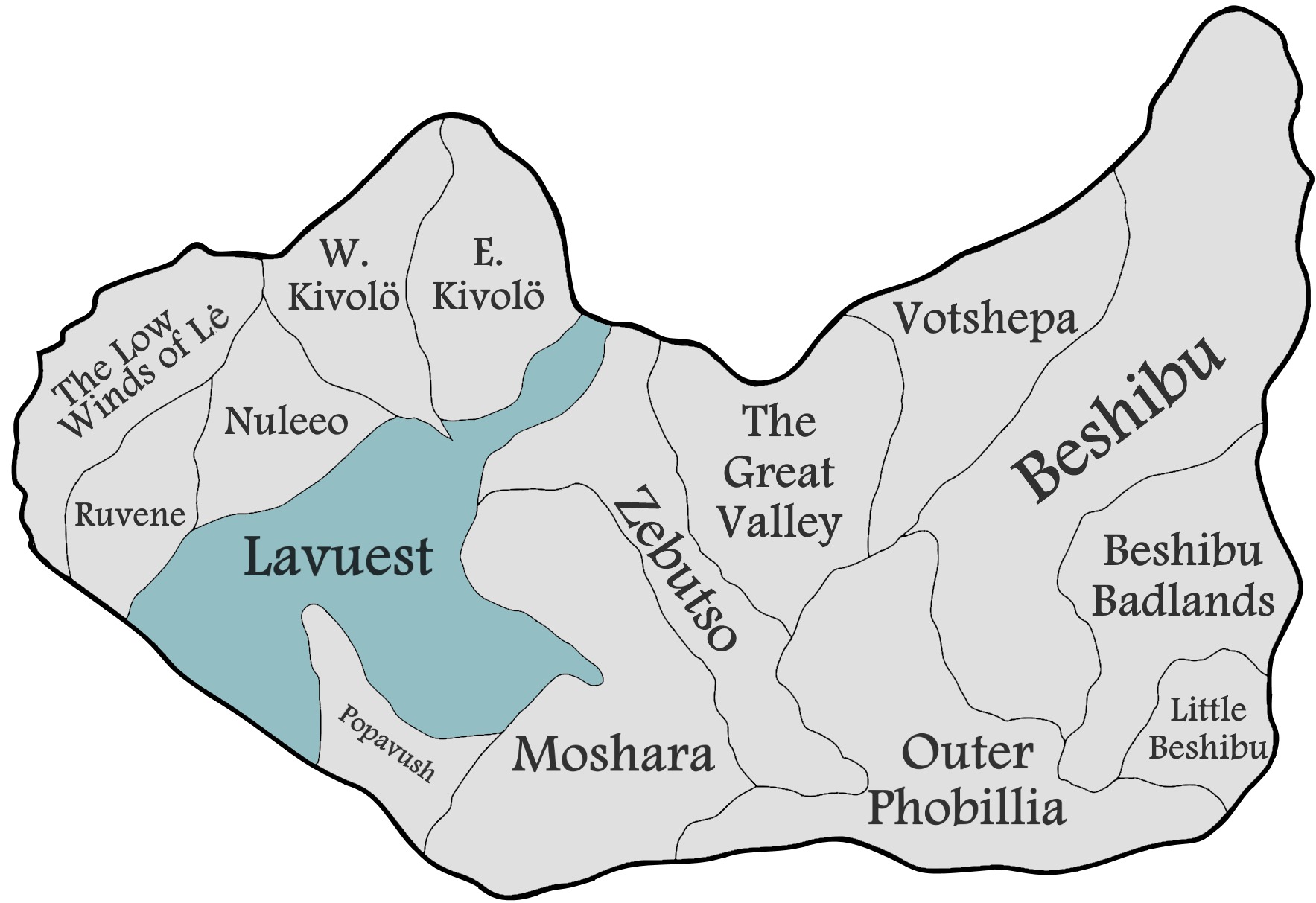 This is one of the most sparsely inhabited places in Belbösu, and indeed, in all of Wisteria.  It has become something of a tourist location among travelers, as the reclusive inhabitants of Lavuest not only contain many of the Mountain Peoples but many other unique communities that are found nowhere else in the world.  Not only that, but many of the communities in Lavuest are not even primarily influenced by the Mountain Peoples, the Magi, and other natives of the Belbösu mountain range, as a large portion of them are immigrants from places all over Wisteria.

Lavuest contains a majority of the Resehnöp Pass, which is one of the few ways to travel to Beshibu.  One of the best-known locations within Lavuest is the Besheist Col, a place that essentially connects Belbösu with the rest of the world.  Without this col, Belbösu likely would not have been civilized until much later.  Without Belbösu, trade with Phobillia would never have existed, and the entire economic system of Wisteria would have developed very differently.