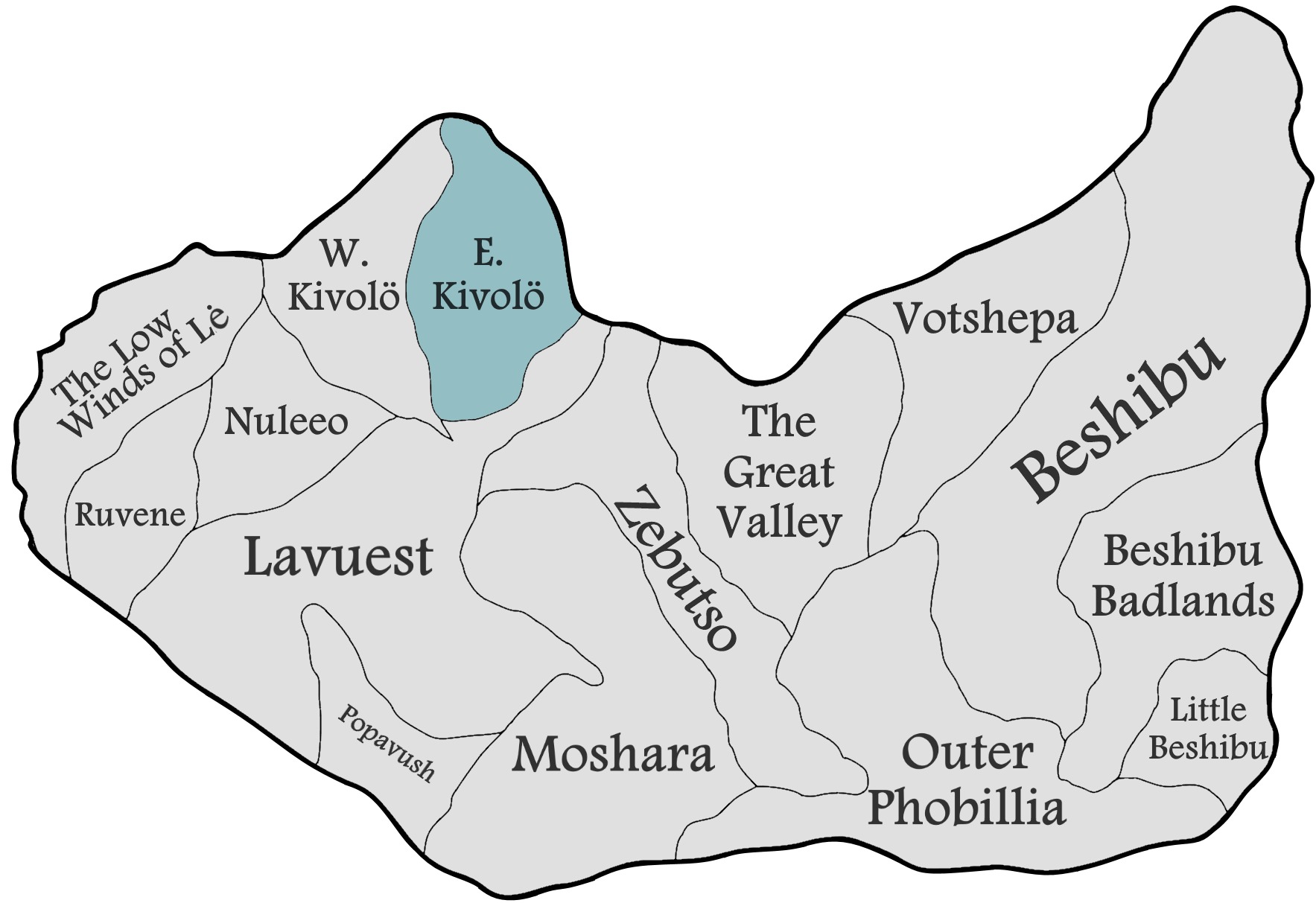 This area of Belbösu is home to a splinter of the better known Magi culture that is situated in the east (specifically Beshibu), some people refer to this subculture as "Magi of the Ice", due to the cold climate in which they live. This area has a lot of ice and snow, but absolutely no vegetation. Instead, it is entirely composed of rocky hills and mountains. Since plants are not an option for survival, the inhabitants of Kivolö must rely heavily on herding livestock. Their diet consists almost exclusively of meat, the effects of which are still unknown.

Its borders are defined by the River Glas and an extremely rocky coast that cannot be traversed by ships.

Eastern Kivolö is not quite as cold as its western half, but its terrain is also more rocky and has less water.