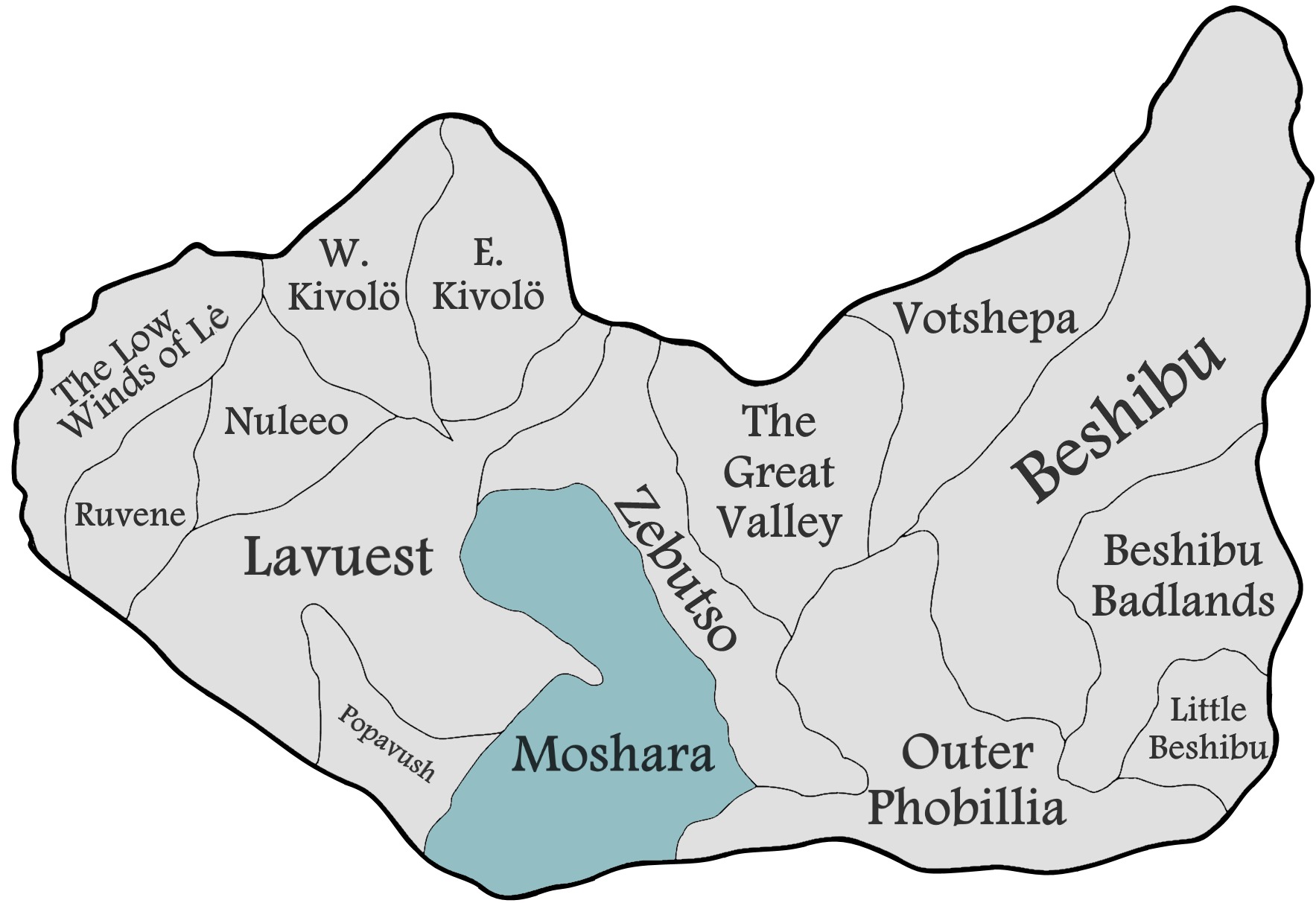 Boasting the tallest peaks in Belbösu, Moshara is also the most brutal and unforgiving province.  No one has lived in this area since ancient times and is now mostly used to hunt for relics from people banished to the murky depths.  Searching for the artifacts is so dangerous that it discourages most people from even attempting to brave the steep cliffs, and those foolish enough to try are normally swept up and drowned by the avalanches.  If, however, you are lucky enough to survive the trek to the highest mountain tops--where the ancient peoples once called home--you will be rewarded with priceless artifacts that can be sold for a fortune to the Sabedorian traders of the west.

The mystery of these small settlements on the top of the world can be traced back to the earliest records that were saved from the Fires of Little Beshibu, which suggests that this was a civilization that predates any other known in Wisteria.  Most of the relics are crude tools made of stone, such as bowls or uneven bricks, but there are a few exceptions that stand out among the others, most notably a pair of obsidian glass stones fashioned into sharp blades.  They were likely used to carve the rest of the tools found in the ruins.