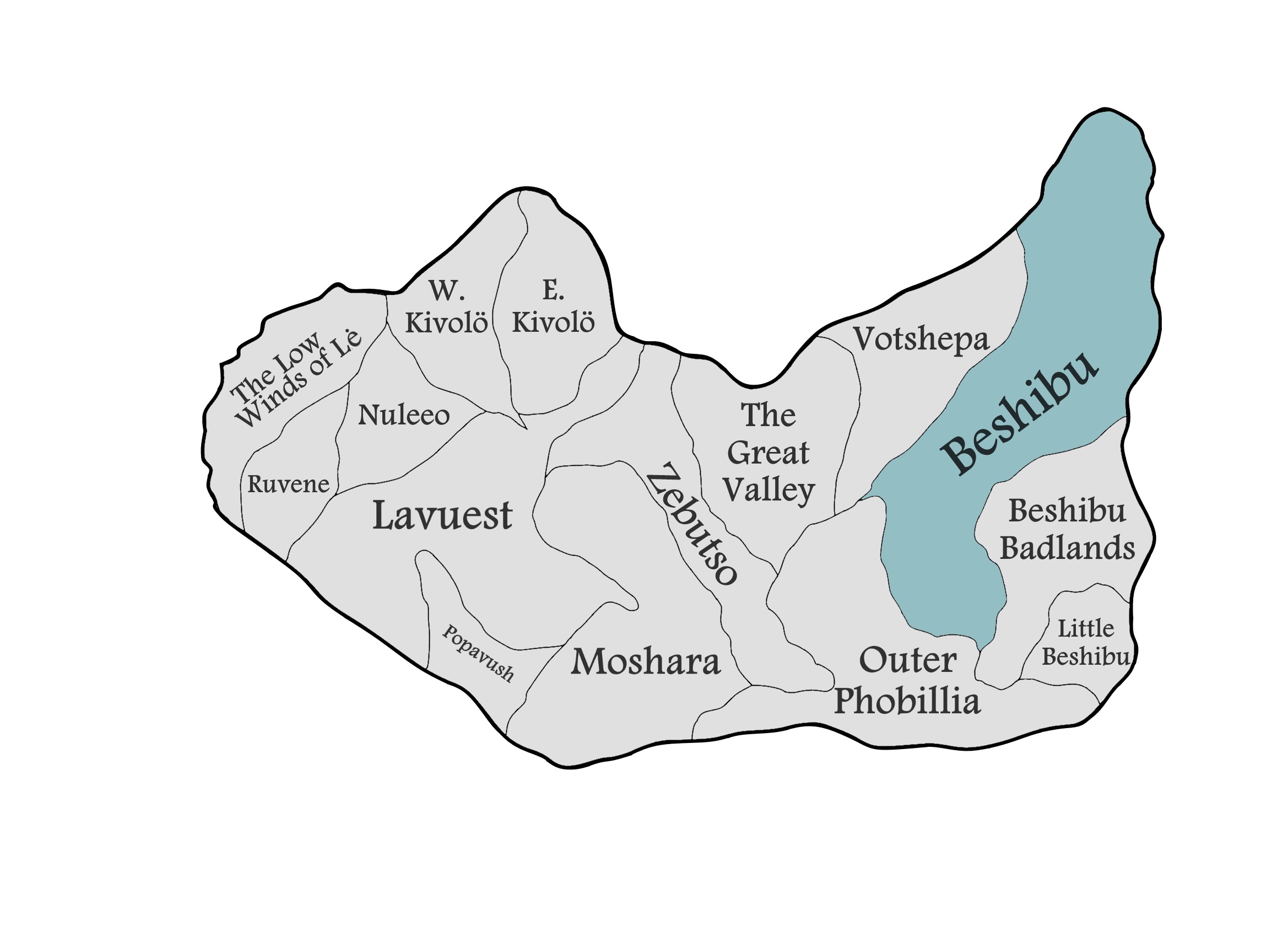 Beshibu is the most populated province within the mountains and functions as the main home of the Magi of the Mountains--the largest group of Magi.  So large, in fact, that most people don't even bother calling them the 'Magi of the Mountains,' preferring to simply shorten it to 'the Magi'

It also happens to be one of the largest provinces in Belbösu alongside Lavuest and Moshara.  Beshibu has some of the mildest rocky crags and flattest areas (with the exception of the Great Valley, of course) in the area, which is ultimately why it is favored as the main hub for the Magi.

The capital of Belbösu is located in Beshibu: Pevnost, known as the stone stronghold of the sovereign.  It is a magnificent city tucked in between three of the tallest peaks in Belbösu.  Where this is not a natural wall surrounding its buildings, there are artificial bastions created with expert craftsmanship unlike anything else in the world.

The Belbösu starts its long journey to the ocean in Beshibu, and it is at both its weakest and its cleanest here.  Its origin is in a huge mountain spring, and its water is pristine as it leaves the ground.  It is used by everyone who can come upon it, however, and by the time it exits Beshibu, it is bound to be contaminated by the countless people who have used it to bathe and wash their clothes.