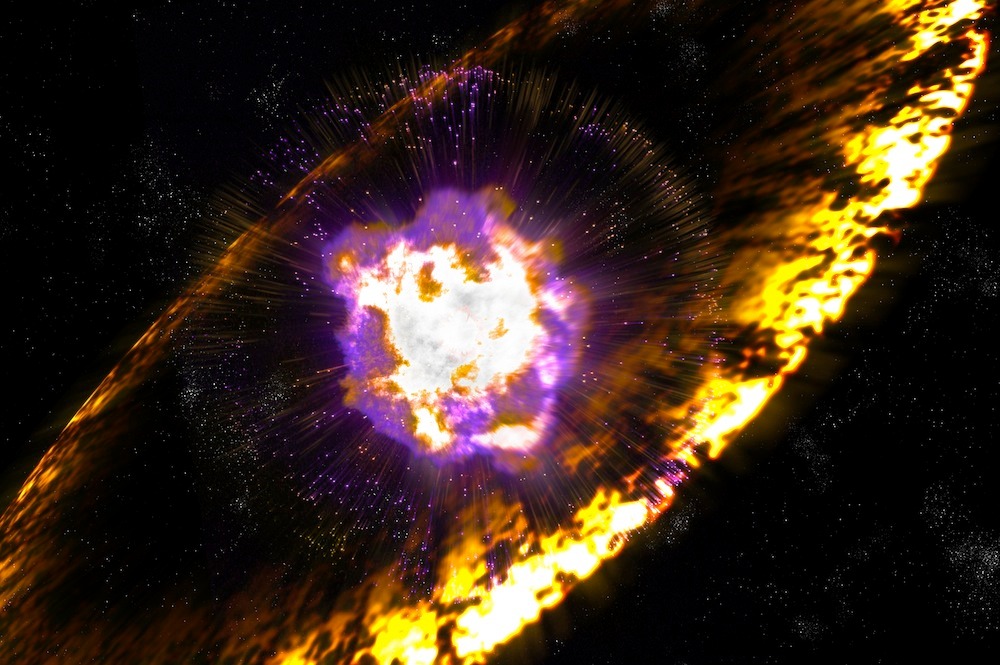 This is the main event in the RPG campaign and it is hidden from all the population on the surface. A couple of months from now, the Inhibitors, who are the ones in control of the future of Kêl, are going to move the planet to another location in the galaxy.

The Inhibitors are an ancient and powerful race born on a very far planet, near the center of the Milky Way. Being the first successful species to colonize other worlds, they have now spread throughout the entire galaxy hundreds of thousands of years ago and have started a galactic-sized construction project.

The Inhibitors have reached almost beyond-utility technology levels in most fields. Obtaining immortality was the first step for an ascension to most limits and beyond some. The Inhibitors have unraveled all the secrets they could find by themselves about the universe and they are now searching for technology they have not discovered yet. They generally send discreet probes and then infiltrators to study the technology of other planets.

Not much more detail needs to be given about them because the PCs will not be able to meet them directly during this campaign.

The Inhibitors are freely inspired from Alastair Reynolds' sci-fi cycle.

The Dracolin race appeared on planet Sirian. Several primitive factions on planet Sirian were fighting for full control of the land and sea - dracolins are amphibians - on the basis of physical differences. They never reached technology beyond fur, sticks and huts/caves. Then the Inhibitors landed on the planet and decided that the dracolins would never evolve into true intelligence before the universe destroys them. So they invaded all their bodies with nanotechnlology to turn them into invincible slaves. The dracolins would now serve the will and purposes of the Inhibitors.

Some of them were sent to Kêl to accomplish their mission.

In approximately 1500 years, a nearby neutron star 30 light-years away is going to collapse into a black hole, releasing a gamma ray burst that will destroy most - if not all - life in a 200 light-year radius.

However the Inhibitors are interested in Kêl's magic and they have had observers here for eons. They value the planet and the people on it very much. It has been determined that Kêl's star is not the source of magic so it's okay to move Kêl out of its solar system.

How To Move A Planet Across The Galaxy

The Dracolins were sent here by the Inhibitors to transform the planet core into a magnetic and gravitational generator that will protect Kêl's atmosphere and life with various force fields, and build giant reactors that will move the planet out of its orbit ant transport it through interstellar space until it reaches another solar system.

The reactors are large metallic structures 200 km wide and 1000 km deep. There are six of them at equal distance from each other around the planet. Most of them were placed under landmass except for one ; their construction induced land displacement on the surface, creating mountains and a new island (Sniyâân) in the case of the one under the sea.

Once the reactors are complete, all of them will emerge from the underground by 20 kilometers so that their exhaust does not damage the atmosphere. The uprising of the reactors will likely destroy everything that lies above them but the Inhibitors consider it a small price to pay in order to save planet Kêl from complete destruction. After the reactors are out and the field generator is online, the population will be informed and put into stasis if it cannot be kept calm. Then the reactors will be ignited and their exhaust controlled with gravitational forces to be used as an artificial source of light.

Since the core generator can create an artificial gravity field, inertia can be ignored and the reactors can be used at full thrust from the very start so Kêl should be at safe distance from the gamma ray burst in a couple of years.

After 50 subjective years of full thrust (at approximately 0.05g) the planet will reach 99.9% of the speed of light. The whole trip will last 35109 years in the galactic frame of reference, and 290 years from Kêl's inhabitants' point of view, for a distance of 35071 light-years. Upon arrival the planet will be put in orbit around a similar star called Sulla.

Why Not A Shield?

Would it not be simpler to just shield the planet from the gamma ray burst ? Since the planet's core is turned into a magnetic and gravitational generator, a magnetic shield would be largely enough to protect Kêl.

Indeed it would be. But there is another cosmic event further in time: a collision between this galaxy and another. The Inhibitors, mighty as they are, know that they will still be around when the time comes, so moving Kêl now is killing two birds with one stone.