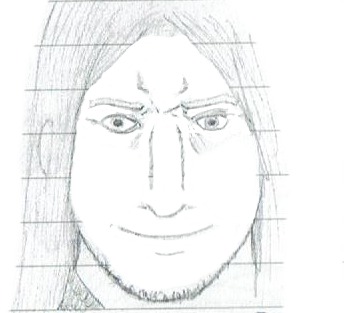 Prior to the Great Tragedy, he ruled Serka as king, alongside his wife, Wamirkel.

The Great Battle of Satorum:

During the Human Wars of Eradication, Platni served as the prime military hub of the Humanus Empire. Facing shortages of materials for the vast starships in its arsenal, Thomas ordered Wamirkel's kidnapping so to be harvested in the Perpetual Duplicator.

Following the successful kidnapping, Yagulakva made multiple attempts to diplomatically take her back. Under the support of the Humanus council, Thomas found that "our current dire circumstances necessitate the continuous operation of the machine. Because Wamirkel is the only person who can most reasonably accomplish this task, it is in the best interest of all parties allied to the survival of humanity that we keep her here."

After several unsuccessful talks and failed rescue attempts, Yagulakva was exiled from his kingdom.

Following his exile, millions of loyalists called for a revolution against the 'tyrannical bureaucracy' of Platni. With popular support in his own country, Yagulakva wagered a brief military confrontation with Platni. After several defeats on Serka, Platnian forces occupied the capitol city, where Yagulakva was cast out of the Humanus Empire, left to die in the front lines of the Wars of Eradication.

A collection of small to medium-scale revolts against Platnian occupation, this period of civil unrest lasted many decades until Platni and Serka reached a diplomatic consensus. Even after the end of the Platnian military occupation, public opinion of Platni remained sour.

While on the front lines, Yagulakva was captured by Gampti forces and held prisoner for centuries before finally being heard for his actions against the race. In this hearing, and in many to follow, he suggested an alliance to defeat Platni. Over the years, he convinced the Gampti and Aluordi to pull out of the Milky Way and regain their strength.

After a century, Yagulakva led an invasion of the Satorum System. By bribing several former Human allies, the coalition of Aluordi, Gampti, and Human Renegades forced their way through Humanus' impenetrable front defenses. Talks within Platni began, discussing how to best deal with the coalition, and only after following a month of intense debate, it was decided that all of Humanus should allow the coalition's free passage to the Satorum Dyson Sphere, just outside of which a final battle should be fought.

By design, the battle raged outside of the sphere for years. Though at times the coalition seemed to persevere, the tide of battle would ebb and flow between the sides, with no clear winner at hand. At great length, Yagulakva decided that to end the war, he must personally infiltrate the Dyson Sphere and both retrieve his wife AND assassinate Thomas.

Upon his successful infiltration into the Satorum System, he quickly made for Platni. Deciding it best to rescue Wamirkel from her chamber after killing Thomas, Yagulakva tracked down the whereabouts of his enemy. However, after successfully sneaking into a top Platnian Council, Yagulakva killed Pisca Utcher, a longtime friend and right hand man of Thomas.