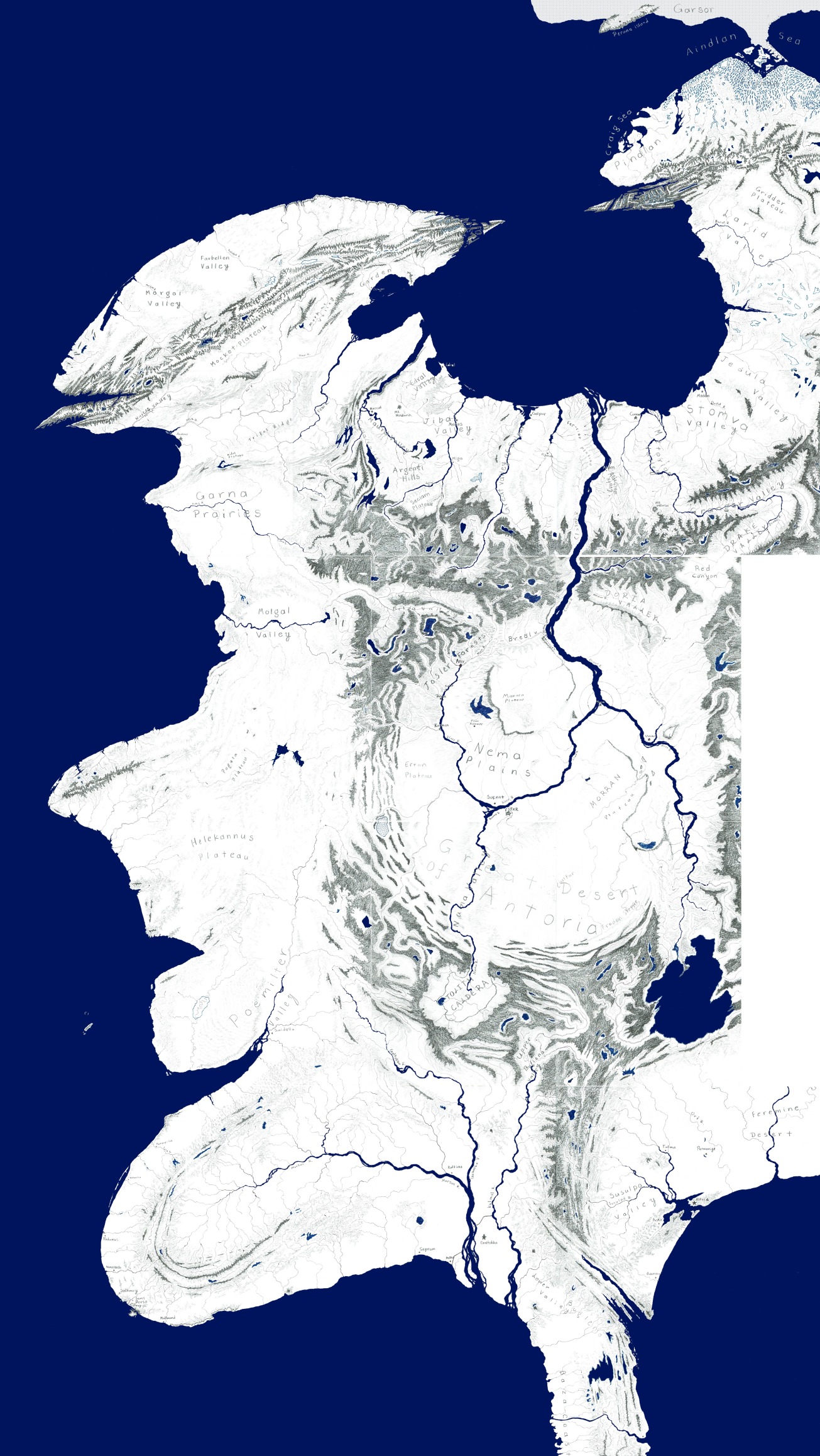 North Ourea is a continent contained entirely within the eastern demisphere, or the northern subcontinent of the Oureas. It is bordered to the north and west by the Pontus Ocean, the south by the Gulf of Ourea, Gulf of Delaguras, South Ourea, and the Paltna Ocean, and the east by Annoraann.

North Ourea is the second largest continent on the planet, second only to South Ourea, and is the most populous continent.

North Ourea has an ancient history, spanning over 60,000 years to the original discovery of Annora. These thousands of years saw the emergence of Platni and the rise of the Humanus Empire, the Great Tragedy, and the post-Platni Era. Present day politics and culture reflect Udasian colonialism into the Great Ourean Basin and the emergence of Antoria as the regional power.

As a result of multiculturalism during early Antorian rebellions and later in its national infancy, Antorian became the prominent language, borrowing from Alman and Ruish.

"Ourea" is an ancient name. According to myth, when the first astronauts landed on Annora, the surrounding area was mapped by the crew's only cartographer. However, no one on the crew could understand where they were on the map. Frustrated, he circled their location and wrote, 'Our area.' His handwriting was so bad, however, that everyone believed that the cartographer decided to name the land 'Ourea.' The name stuck.

Though it was used at first only to refer to the large central basin of the continent, as people continued to explore, the name was used as a default for any newly discovered land.

The naming scheme for the other continents kept close to this accident: Marea, Garmea, and Sofea.

North Ourea is home to diverse regions, both geographic, economic, and cultural. Linguistically and Culturally, the continent is split into two: Alman, to the north, and Lakvian, to the south.

North Ourea is dominated tectonically by the Ourean plate and its associated movement. The plate itself is quite an anomaly, with mounting evidence suggesting that the Ourean plate is actually slowly rotating, counter-clockwise, largely in place (however it seems to drift exceedingly slowly to the southeast). Over time, the spinning, largely stationary Ourean plate has collected vast amounts of loose material and even nearby tectonic plates. The Rudenian subcontinent was once its own entity before being conjoined with the Ourean plate; The majority of Denolahkvia, too, was once a vast island; these two collisions uplifted the vast Ourean Cordillera and changed its overall composition from being a vast volcanic chain to a towering mountain chain.

It's theorized that before the emergence of the Ourean Cordillera, the Great Ourean Basin was once a vast and fertile dual river valley system.