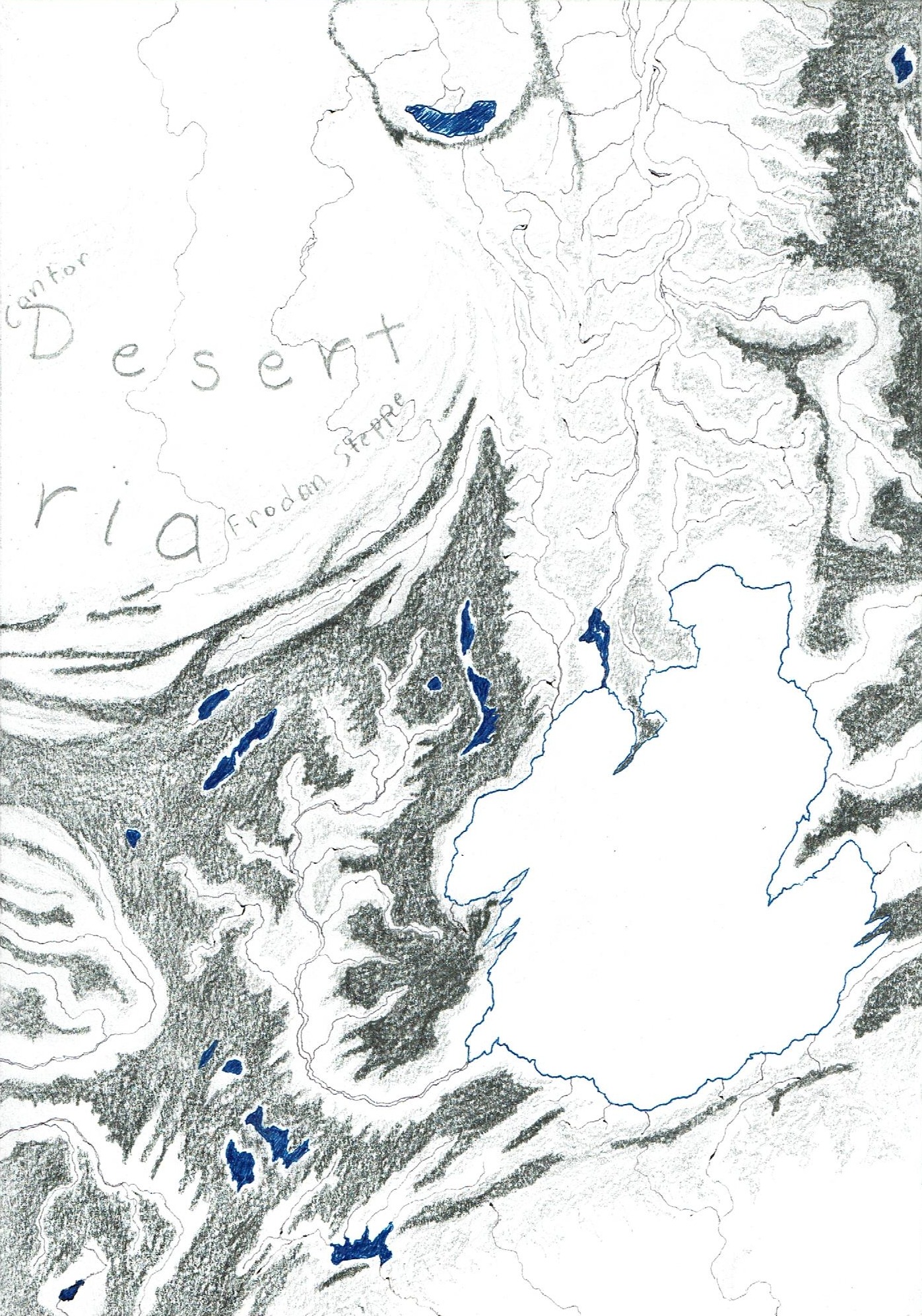 Lake Molomew is the largest lake on Annora, located in the southeastern ranges of the Ourean Cordillera, and boasts the largest expanse of the exceptionally rare Alpine Tropical Forest ecoregion.

Lake Molomew itself is larger than all of the Great Lakes combined and, due to the montaine nature of the region and therefore mountainous bathymetry, holds more water than the Caspian Sea.

Its low water mark at 6,553.5 feet, the entire Lake Molomew region exists in a constant state of oscillation below and above the dew point line; this is because of multiple factors - the first being altitude, the second being constant tropical lows hurled in from the Gulf of Delaguras, and the third being the unique general topographical trend upwards. The resulting orographic forcing squeezes extreme amounts of rain on the southernmost ridges and dumps the remaining moisture on the ever taller mountain slopes as any given air parcel moves north. The exceptional amount of water these air parcels travel over also slightly increase the amount of vapor in the air.

Aside from the miniscule amount of water lost to evaporation, Lake Molomew's outlet to the north serves as the continuation of the Osar River and as its only outflow.

Lake Molomew's close proximity to the equator (despite the elevation, lake Molomew's coasts remain within the 75-85 degrees Fahrenheit range)  is the only thing permitting the growth of tropical vegetation.