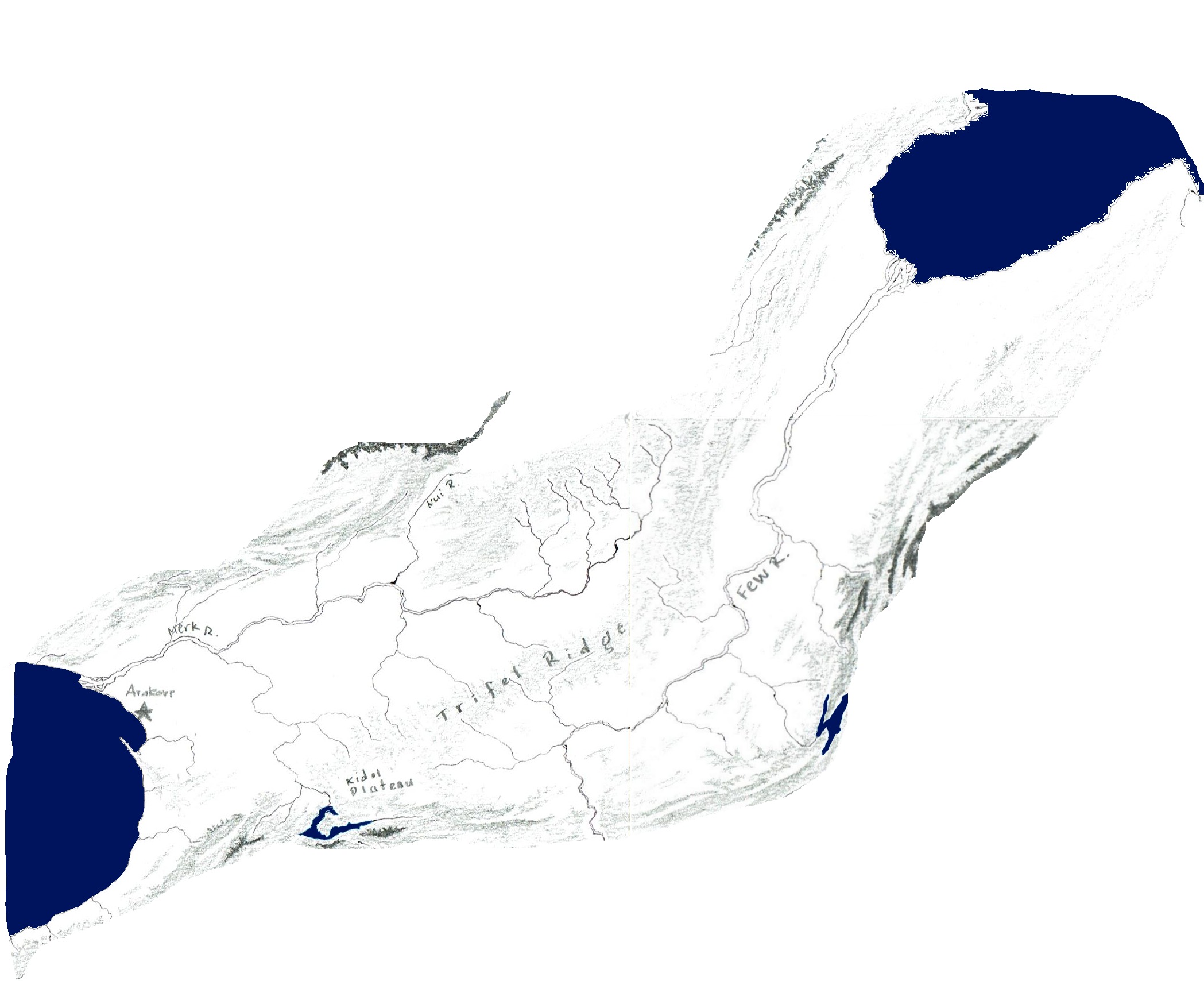 The Rudenian Rift Zone is an active tectonic phenomenon that will result in the separation of the Merk Plate from the Roman Plate - to form a large island, called Rudenia - as well as the creation of several smaller islands.

The Rift Zone's token feature is the Ruden Valley, but there are others as well:

A great, shallow valley that stretches from the Bay of Arakorr northeast to the Bolker Sea. This valley is currently widening, serving as the main epicenter of the Rift Zone, splitting the Great Hammer of Ruden from the North Ourean Plate.

A large, rocky plateau that straddles the Trifel Ridge and the Perker Mountains. Likely to drift off from the main continent, it will leave behind a craggly, steep coast, reminiscent of the Skye Cliffs in Scotland.

Beginning near the frigid Bolker Coasts, it features the longest and deepest fjord in both Oureas. Filled with cold ice water, it ends near Muccal, but the valley continues south to the Ourean Cordillera.

This valley will eventually form a large and mountainous island, roughly Cuba-sized.