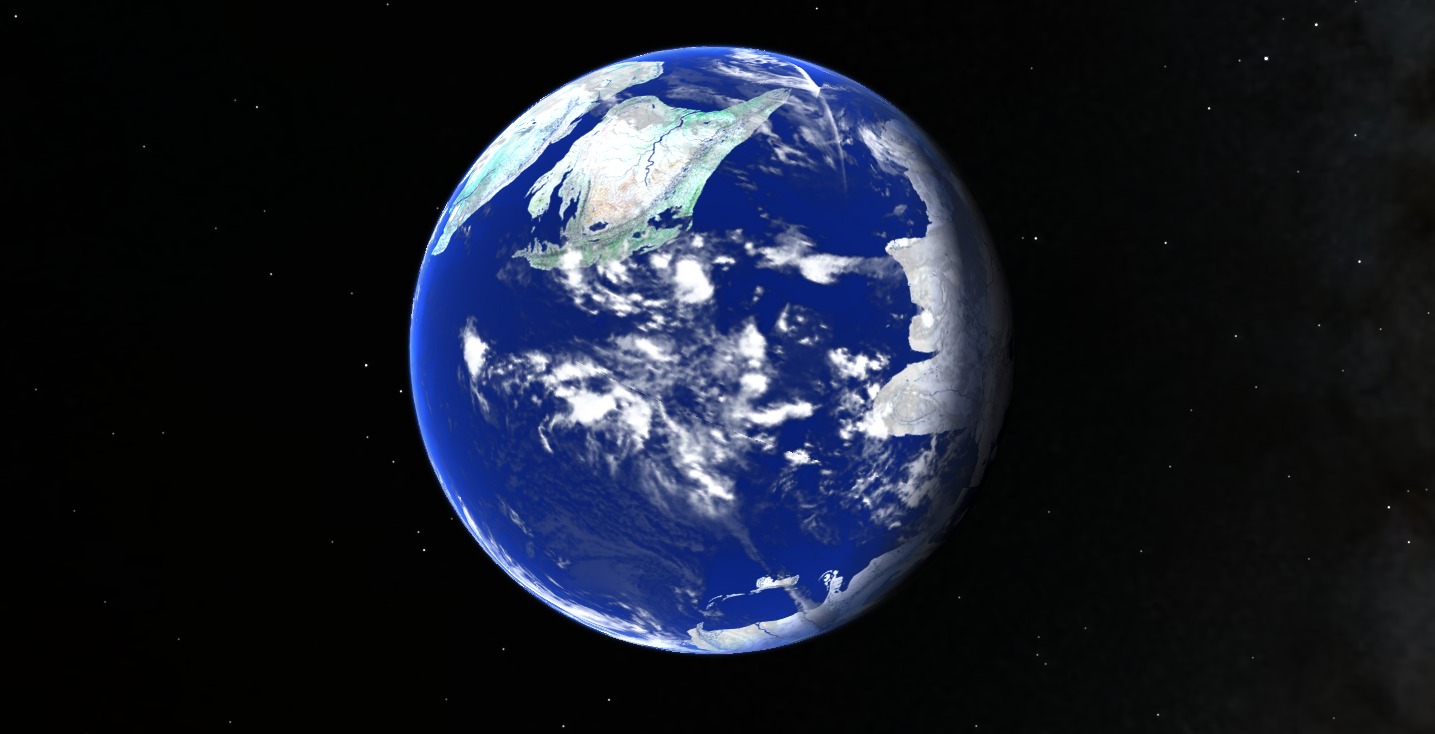 The planet is split into two hemispheres: Annora, or "Side World"; and Annoraann, literally "Side Side World." Annora is where everyone lives, and behaves just like our own home planet does. As one gets closer to the border of Annoraann, however, weather goes berserk - most people stay away from the border.

The border itself is not an object. Instead, it's an abrupt stop in the landscape that, depending on where you are, can result in a massive, exactly 180 degree drop to the sea. This line of 'cut' terrain continues all the way down 180 degree longitude - there is no deviation from the line.

North Ourea is the most fleshed out continent and as such has thousands of years of history.

Annoraann includes parts of both Oureas, as well as the entirety of one possible landmass:

The world, in its entirety, maintains one continuous world ocean that is split based on oceanic basins:

The setting of the present storyline is situated many thousands of years after our own lifetimes, but this story's origins does begin around 2012 AD.