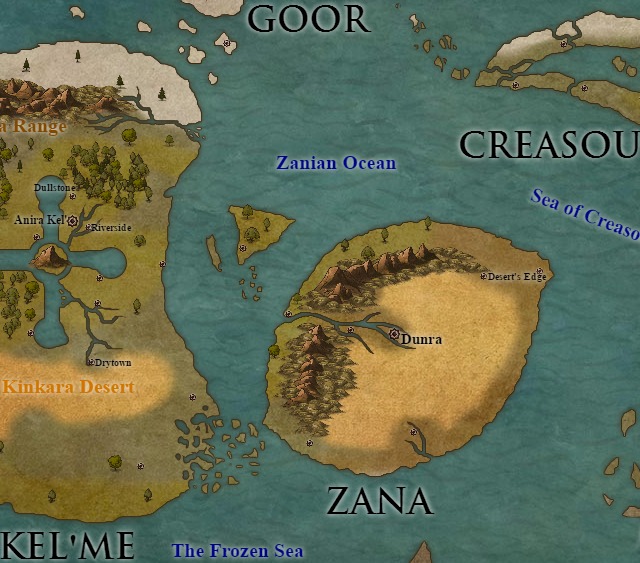 The west side of Zana is covered by the large Irapush Mountain Range. The western side of the mountain is covered in rain-forests, while on the other side the rolling dunes of the Harak Desert almost reach to the black shores of the Ashen Coast. Flowing through the desert is the great Zaesh River, which brings water and life to the desert. Between the desert and the eastern coast is a vast, dry savanna.

The Empire of Salarak claims the whole of this continent. However, South-Eastern Zana, known as Egrad, is not actually occupied by them, and instead is owned by the Kingdom of Egrad. While primitive, the Egradians are not to be underestimated, as they have been able to defend their lands from the Zanians for centuries.