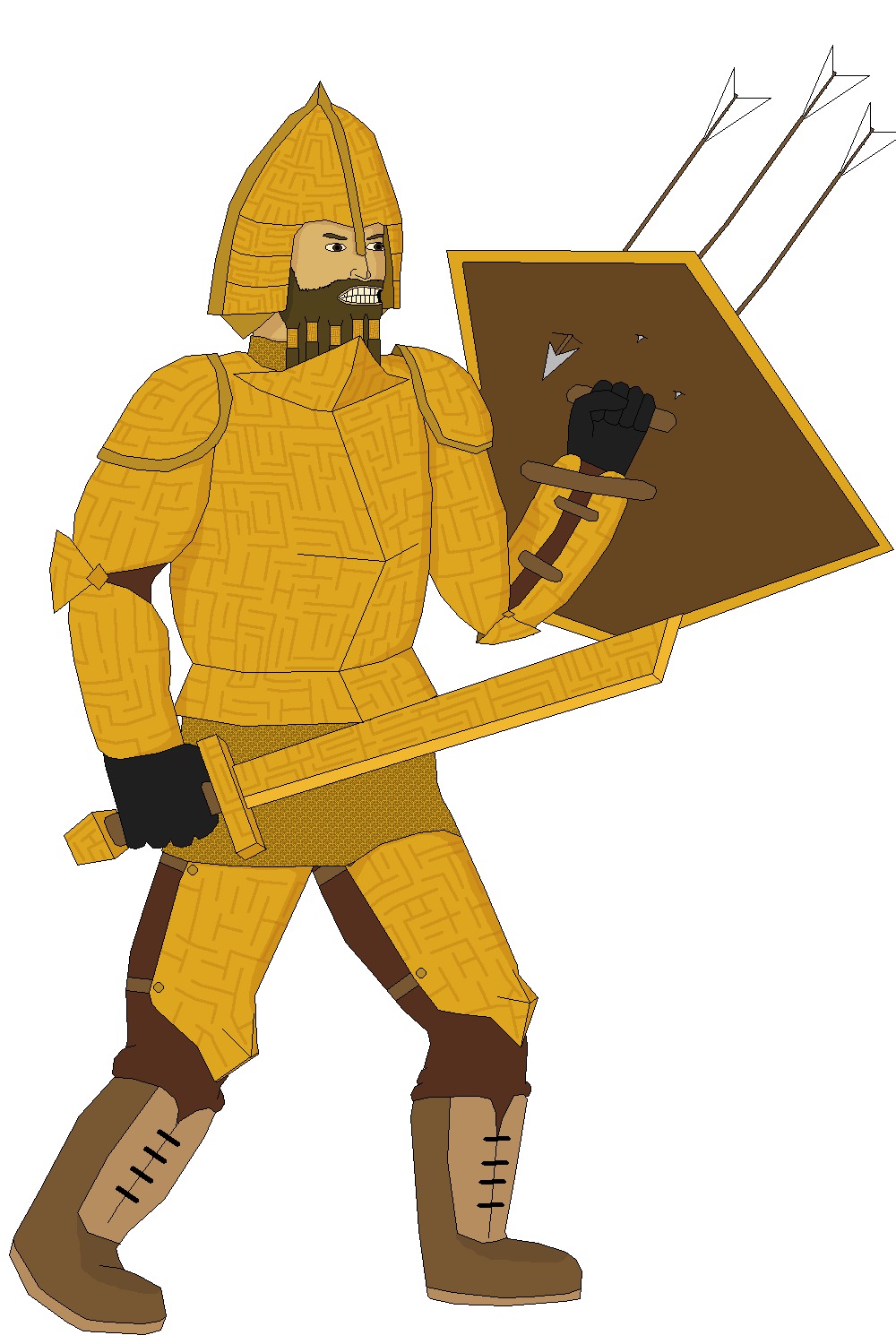 Dwarves are a short and stout race. The average dwarf is 150 cm tall and weighs 60 kg. Dwarves mature at 18 and live for about 150 years.

The first Dwarven tribes appeared in the Irapush Mountains somewhere around the 25th century of the second era. Their first civilisation was called Thugh Kuldor, which formed in the 45th century. Thugh Kuldor spread throughout the Irapush Mountains, and then into the Harak Desert. The Dwarves began migrating into Southern and Eastern Kel'me, with some minor conflict with the Elven natives. In the 60th century, Humans began migrating further into the Harak Desert and began clashing with the Dwarves in the Area. When Thugh Kuldor fell in 61st century due to a succession crisis, the Humans took advantage and claimed much of the Harak Desert for themselves.