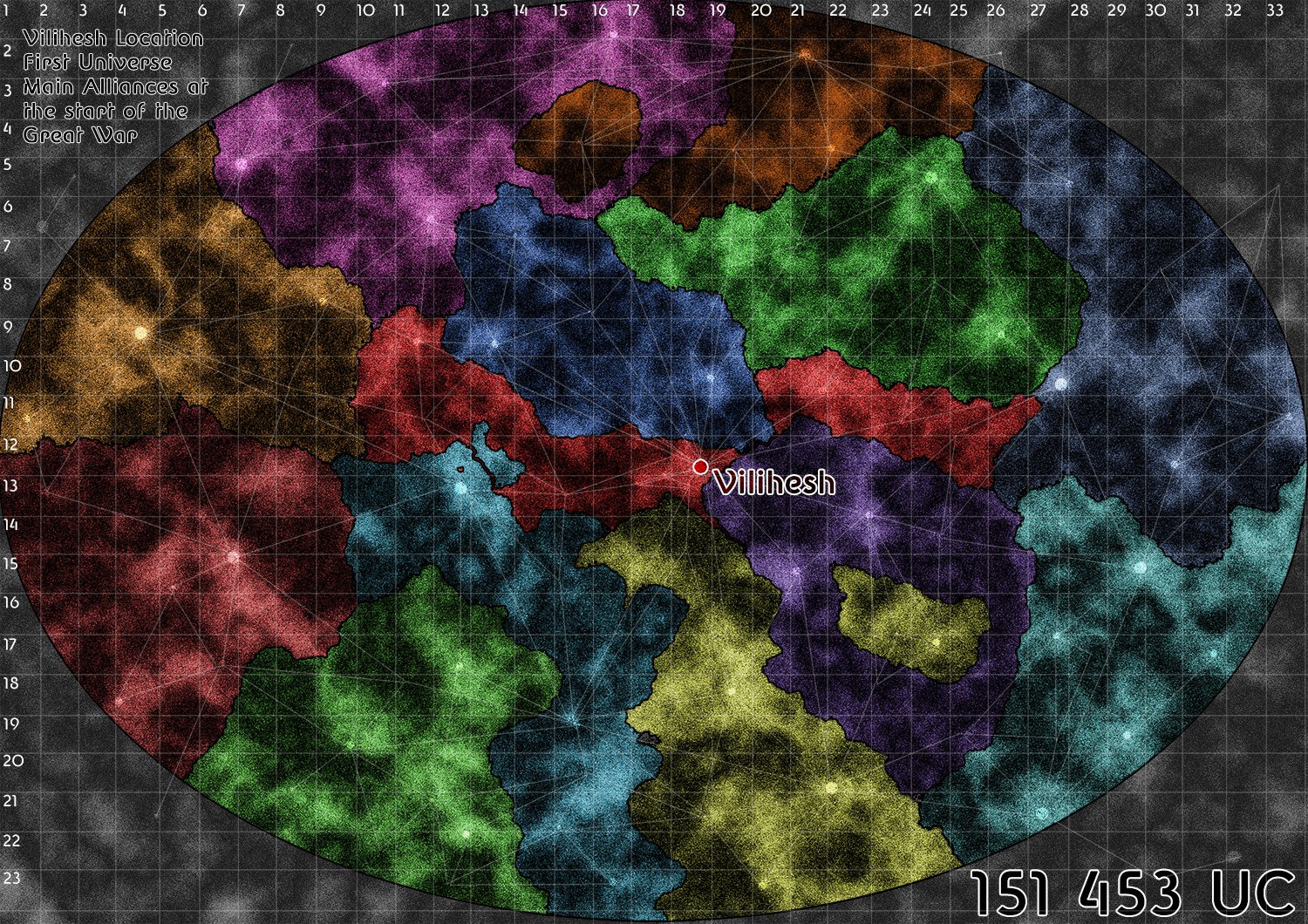 Rai is the capital center of a multiverse great imperium during an era of peace.Suddenly, when everything seemed normal, when everything looked like it was under control, a new huge empire comes from another unidentified Universe that can, perhaps, overcome Rai's empire forces.

Now It's the time for a new inter-universal massive war... or they have the war inside?

Will the UAC be able to stop them? And how it's possible to not have detected them before? Does the rising of the pro-totalitarian wing have anything to do with it?

Rai was an Earth-like planet that happened to evolve quickly and start galactic colonization around the 3 000 UC, after a near 4 000 years of internal political and social evolution and pseudounion inside.

After their initial expansion, specially since the development of terraforming technology, it has been facing lots of wars and conflicts between natives of Rai  and colonists, who have logically outnumbered them and now seeks for freedom and independency.

After some big, massive intergalactic wars, throughout more years than one can imagine, a peace was reached within various galactic groups and alliances that formed the First Intergalactic Empire (IE).

This IE lasted long enough to consider themselves absolutely invincible and undefeatable, and started expanding and evolving, specially in the political and administrative aspects: such a huge empire needed new forms of governance almost every day, and the expansive intentions of the ruling Empire Governance Body (EGB) only made more and more problems.

Circa the year 25 000 UC started the huge Internal Civil War, focused on take down the EGB. But during this war took place an unexpected discovery: the real existence of other universes, and the real possibility of going there. Thus, although the war continued, some sectors of this universe started to think and try to go to other universes and, of course, colonize them. After some time, a neutral peace had been reached with a common goal: to colonize these unknown universes and expand our own power. The Universal Alliance had been born, with planet Rai  as the head of everything.

This UA started its expansion for near 100 000 years, reaching a vast number of universes, conquering countless galaxies and civilizations, and founding a lot of new ones thanks to its evolved terraforming, communication and transportation technologies.

Then, we are in the year 151 453 UC. The UA is facing its more expansive epoch since the discovery of the other universes, but also the internal conflicts and wars are almost unmanageable. The UA Council, the main government body of the Alliance, is restructuring the whole administrative operation of the Alliance, now that it's co-governing with other universes as one, when suddenly a great threat makes its appearance: a huge multi-universal empire, very much like our own, that wants to colonize us.