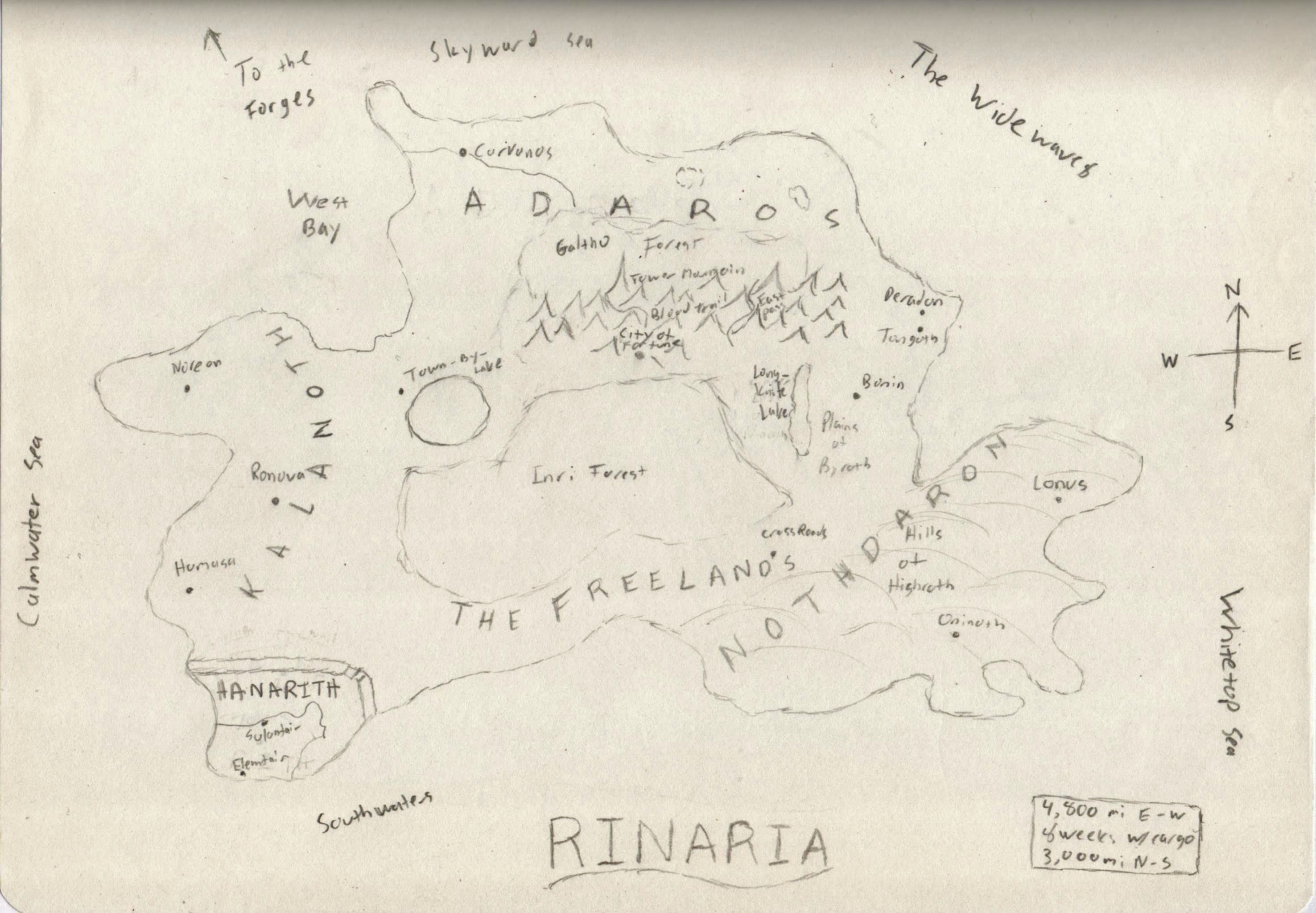 The world of Tolinray is in it's second epoch of civilization with the most advanced societies located on the continents of Rinaria and Sintarthia.

Rinaria is nearing the end of a Golden Age.  Adaros is ready to sail beyond its shores and explore Tolinray looking for new people and lands to colonize.  Kalanoth, a once proud ally of Adaros and Hanarith, has fallen under the rule of a theocratic order who sends out missionaries to all parts of Rinaria.  In responce to missionaries ceaselessly crossing its boarders looking for converts, Hanarith has withdrawn behind a massive Earthen Wall as it seeks to protect itself.  In the East, Nothdaron has fallen into disrepair as its culture becomes obsessed with beauty at the expense of its country.  In the heart of Rinaria, a threat long thought dead is growing and has its eyes set on reigniting the flames of war.