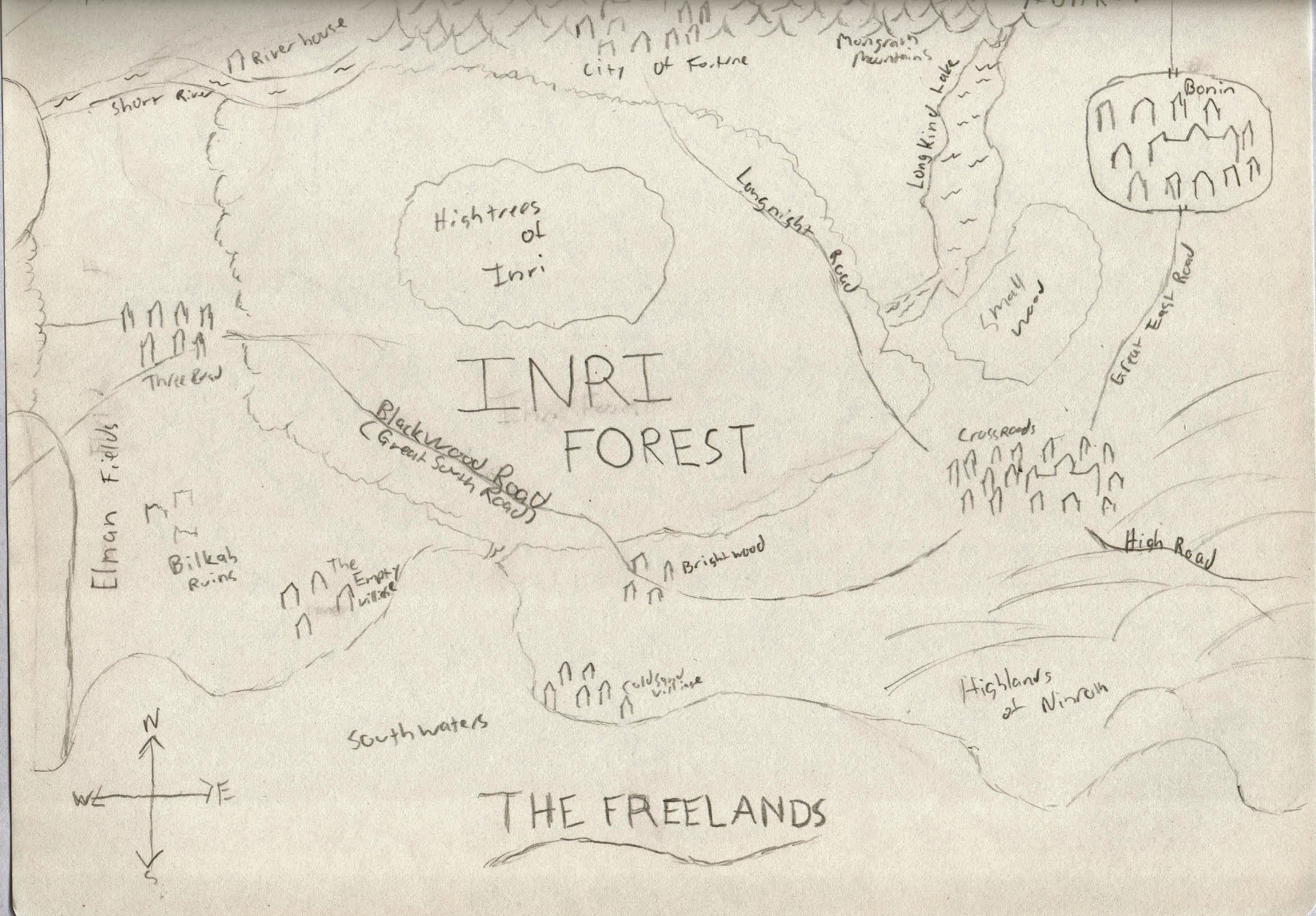 The Narrow stretch of land west of Inrini east of the Boarderwood and ranging north from the Earthen Wall of Hanarith to the Plains of Adlo in Adaros.  This region consists of grasslands in the south, and farmlands in the center and north sections.

The region got its name from the large family of Raldino Malder who settled the north part of the region.  The Malders spread south along the western boarder of Inri Forest.  Eventually the family fell into in fighting over grazing lands and livestock.  When the Volrick Malder choose to declare his lands as a part of Adaros, the rest of the Malders were cut off and eventually died out of the land that still holds their name.  There are still Malders in the Adarosian part of Malderway but they have long since abandoned any claim to the land.