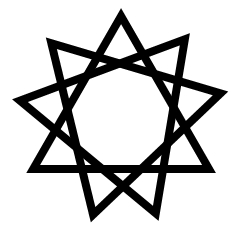 According to myths, the tenth god, Eon, god of time and creator of the sun was banished for rebelling against the gods. It is said that he challenged the other gods and ruled in Ireneus for a thousand years. He created the Draús, who then worshipped him. He was also joined by humans who founded a cult under his name. Markelus descended unto the lands and fought Eon and his army in a war that lasted a hundred years. It is said that the mountains itself wept for the brutal war that ravaged Ireneus, thus the origins of the Weeping Mountains and the Great River.

In the end, Eon was defeated. As the gods are forbidden from killing other gods, Markelus bound Eon on a rock and buried him deep in the underground. It is said that to ensure that he will not escape, Markelus sacrificed his godly form and melded with the land of Ireneus itself. The goddess Moira prophesized that in the future Eon will be set free, and when that time comes Markelus will return in mortal form as King of Ireneus, a god-incarnate. Eon will again be defeated and returned into banishment.