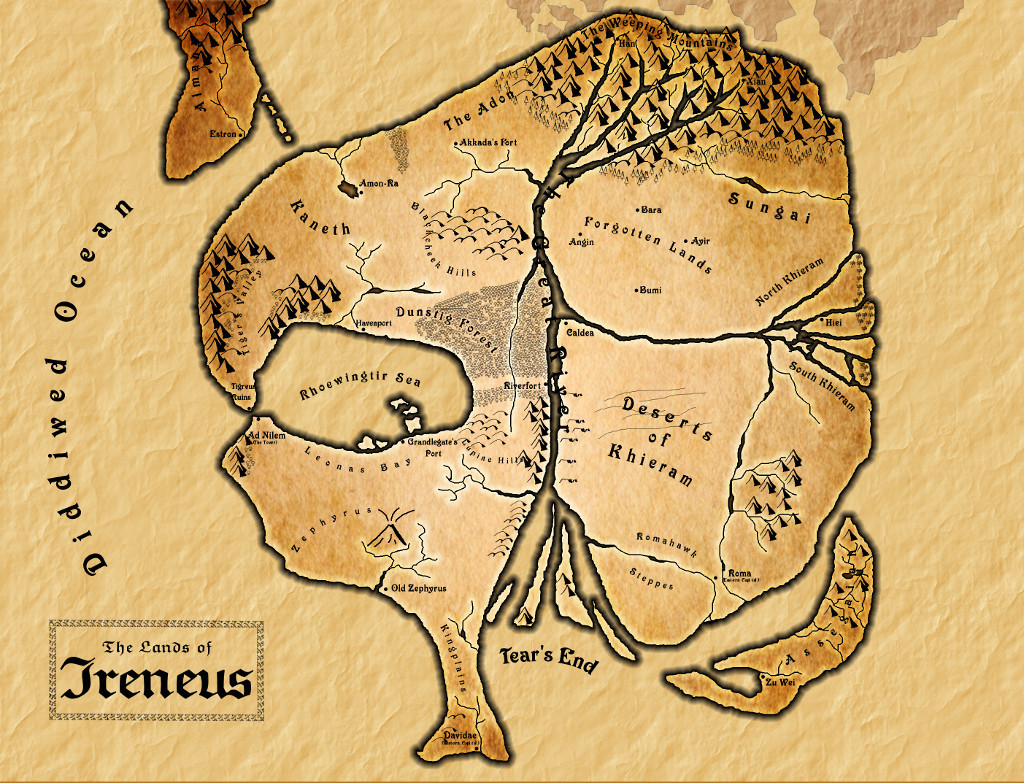 According to legends, Markelus, the god of warfare and justice, raised the continent of Ireneus from the depths of the ocean as a gift for his beloved goddess Eirene.

Upon the goddess' acceptance, Markelus took her to be his wife and consummated their marriage atop the Bedrock Mountain. It is said that Markelus' seed sprayed into a hot spring, and from there the first Ireneans came to life.

When the god Eon rebelled, he descended into Ireneus and ruled as its king for 1,000 years. He created the Drows, tall, dark-skinned beings who built a network of temples and palaces for his worship. Some Ireneans also came to worship Eon and made a cult under his name.

The gods tasked Markelus to end Eon's rule, so he went down to Ireneus and raised an army to fight Eon and his Drows. The war lasted for a hundred years, and much of the land and cities were ravaged and destroyed. It is said that Eirene stood atop the northern mountains and wept as she watched her continent burned. Her tears formed the Great River and the mountains were she stood were named The Weeping Mountains.

The war ended with Eon's defeat. However, gods are forbidden from killing other gods, so Markelus chained the heathen deity unto a rock and buried him deep underground, along with his temples and palaces, and the Drows were never to be seen again.

Markelus also vanished after the war. Accounts vary, but some say he wanted to ensure Eon's durance forever, so he gave up his body to the land, his spirit itself giving life to the continent. Ireneans believe that if a time comes that Eon attempts to escape, Markelus will return in human form as a god-incarnate. He will again raise an army to defeat Eon and return him to chains.