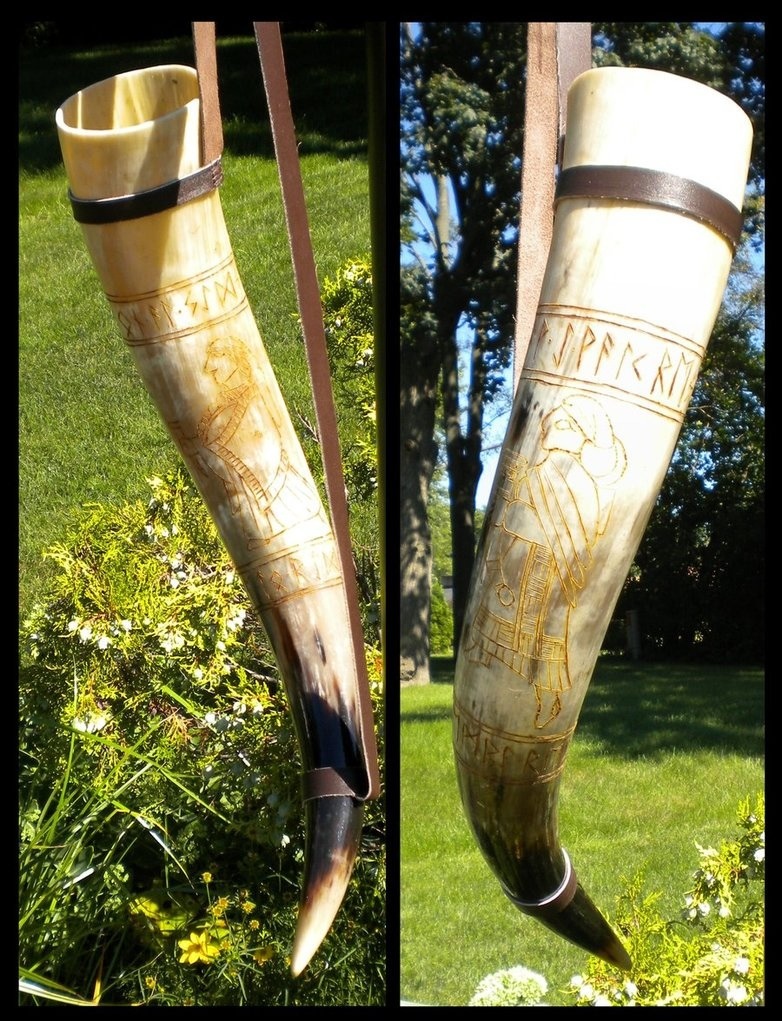 This large horn is held in two hands when used. When blown it summons a neutral good, lawful good, or lawful neutral creature From the summon monster list.

You may summon the appropriate level monster spell equal to half your character level rounded down.

You may only summon one creature at a time. This counts as a supernatural ability.

Using the horn counts as a standard action.

You may have two creatures instead of one summoned at a time. You must still summon each creature individually.

Once a day per person: consuming the food produced from the horn will heal 1d8+1d8 for every 4 character levels of the bearer.

You may have three creatures instead of two summoned at a time.

Once a day per person: consuming the food produced from the horn will heal all ability damage and drain, level drain, and dispel any curse or mental effects from an evil or chaotic creature.

You may summon a Gold dragon with HD equal to twice your Character Level as a full round action. This effect lasts Character Level in rounds.  Any other creatures you have summoned disappear, and you cannot use the horn to summon more creatures while the dragon is summoned.

Once a day per person: consuming the food produced from the horn will heal 250hp in damage.