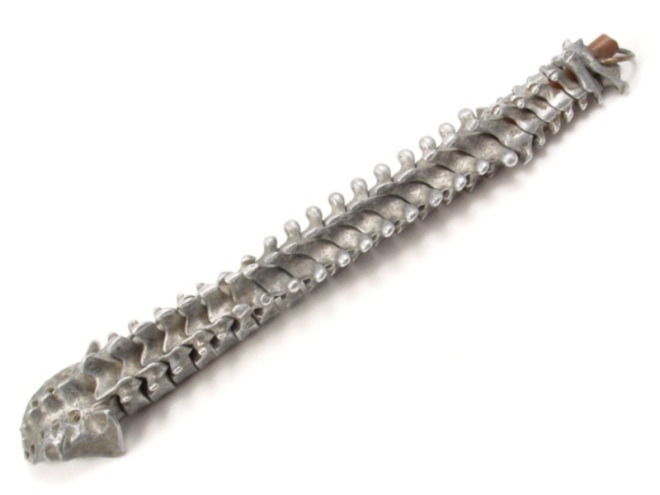 The Black Burglars were mostly composed of a halfling clan from the Glittering Isles in Leyloch. The dwarves beheaded the entire guild and took the smallest vertebrae from the most skilled members. This was done at the behest of the Dwarf King who respected the skill that bypassed his vaults' defenses without incident. These vertebrae were then crafted into a single Burglar's Spine along with the souls of it's contributors to become the rune item it is today.

Pesonality: Speaks Aquan, Old Imperial, Elven and Dwarven as whispers in your ear while you touch it. Treats you as a new guild member unless respect in stealing or defying authority is established. Hates dwarves. They like it when you take things from people who think they are better than you. They dislike it if you are caught sneaking, stealing, and especially killing.

This lock pick can automatically unlock any mechanical lock in a single round.

Any door locked with the burglar spine may not be picked.

The bearer can find and disarm traps as the rogue trapfinding ability.

Gain +2 enhancement bonus to search, spot, and disable device. This bonus increases by two every four levels. You may take 10 on these skills with no penalty. Search spot and disable device are always considered class skills for you.

The burglar spine also counts as a plus one ghost touch dagger.