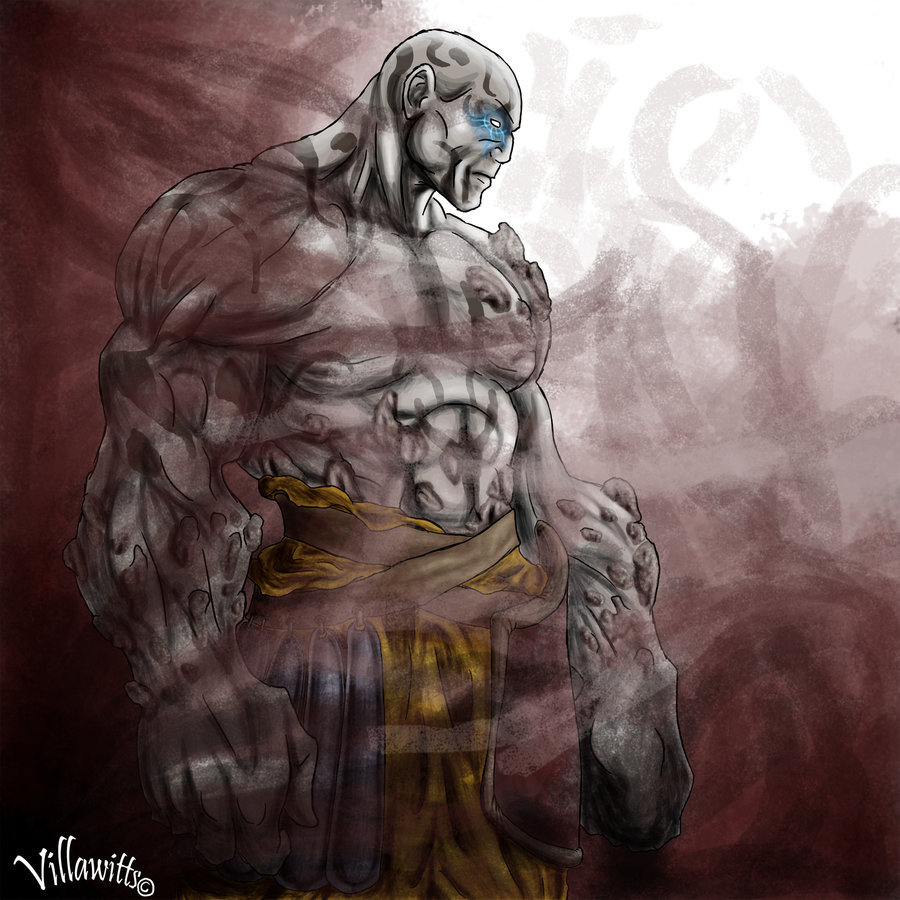 Guvinaelak Kathaulu hails from a barbaric Goliath tribe of Northern Rorix. For most of his life, he lived a nomadic lifestyle with his clan following herds for food through the Kavath Peaks which led to his love of mountains and gift for climbing earning him the title of "Swift-Climber".

Into adulthood, he married Galinda Elphi after she reclaimed her freedom and rejoined the tribe. Together, they had five children: Eglath, Vamak, Nalla, Pethani, and Lo-Kag. After displaying their familial strength and fertility, the Kathaulu family quickly escalated to the head of the tribe.

Shortly thereafter, Dwarves came to their homeland and took their eldest son Eglath captive during the Dwarven coup to enslave his people. Galinda and Guvinaelak escaped with their remaining four children; now, they are millenia away from the last known whereabouts of any of their children but the memory is fresh on their minds. Guvinaelak has vowed to seek justice for his son and for his people thus claiming the title of "Dwarf-Seeker".