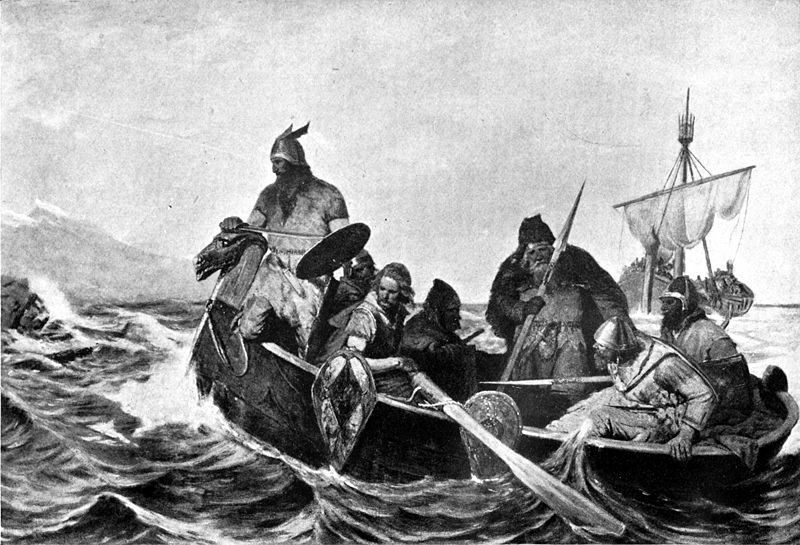 The Vilderlings of the North have been a force to be reckoned with for thousands of years. They have raided and sacked almost every coastal city in the northern hemisphere.

Historically they were heavily influenced by the Wind Dwarves of Valvalis. These dwarves taught them about their gods and their survival of the fittest-style culture. In return, the Vilderlings were instrumental in the genocide of the Wind and Water Dwarves at the close of the Elf-Dwarf War. The Vilderlings didn't emerge from that conflict unscathed however. Much of their holdings were lost as well as having their gods humiliated or killed.

The Vilderlings are a hearty people and continued to survive by joining The League of Sails. The Vilderlings provide expert soldiers, sailors, and smiths to the league instead of trying to raid its members. In return the Vilderlings have few taxes and their merchants gain very favorable trade rights.

This alliance has in general been good for the Clans, but the cultural shift from a warrior society to merchant state has been hard. Many in the large martial class of the Vilderlings feel the calling of their ancestors blood and pick up the Reaver mantle, either illegally or against nations outside of the League of Sail.

Their holdings consist mostly of two Islands: Kraggard and Rygard. Kraggard has little economic value outside of mining, and most of those have run dry. Thanks to their fishermen, they manage not to starve most years. In Rygard there are large coastal cities and sprawling farmland that has been worked for generations. "Kraggard makes men and Rygard makes money." is a common saying among clan members.