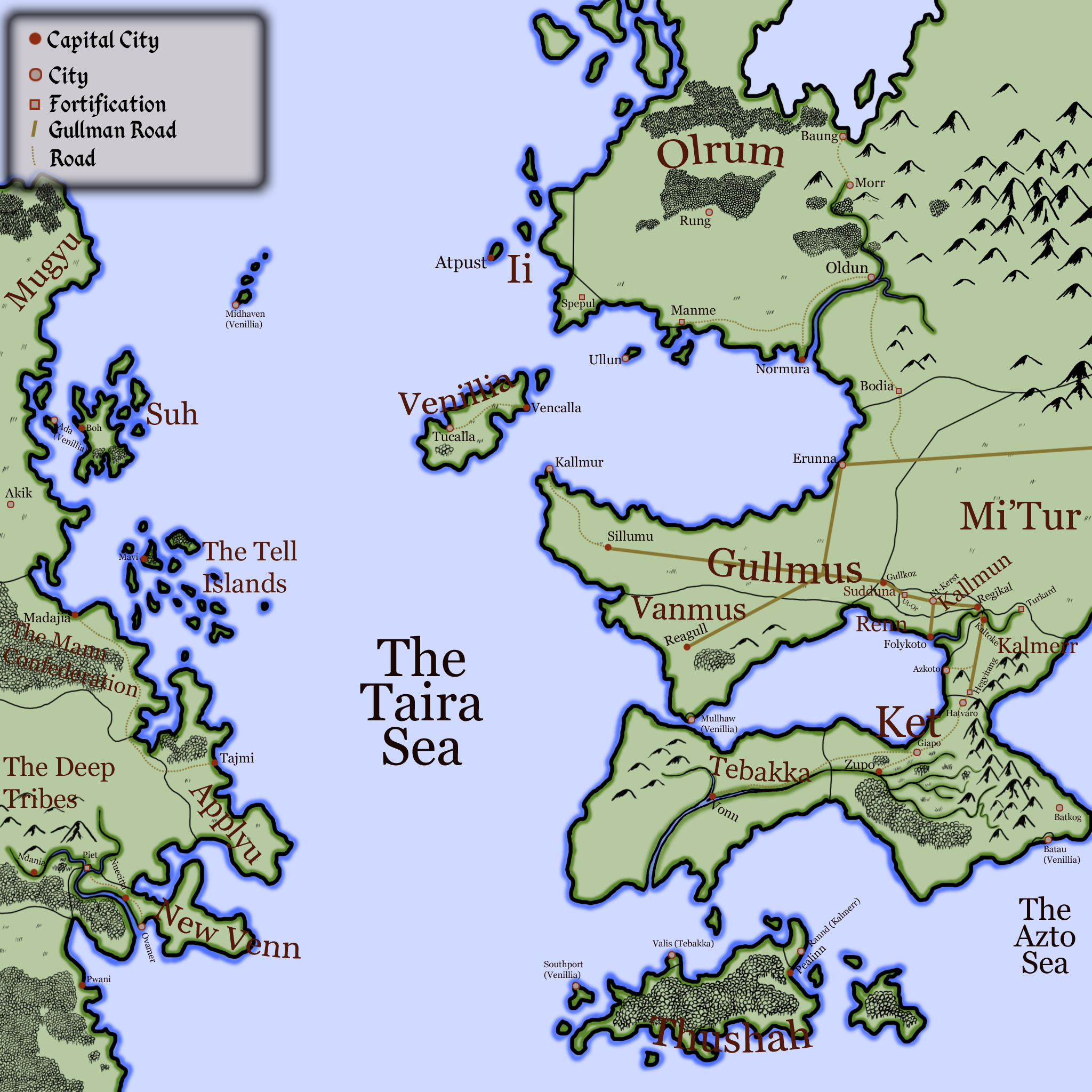 It was some three hundred years ago when Rigon sailed his father's two ships back from the Taira Sea. He had set sail four months past when The Witness himself promised a cure for his father could be found, if only he had the courage to sail west without the hope of returning home to Venill. Tarigon could not be cured, but Rigon had set in motion the stitching.

Over the next hundred years, ships began traversing the Taira. At first from Venill, but later from ports up and down the coast of Venillapa, their trade routes crisscrossed the vast sea like thread bringing together two pieces of wool.  Both sides of the Taira Sea were changed forever.

In the wake of the Mallad, Swelldon was in a state of panic.  Its citizens and high ranking members were falling ill and dying every day.  Taxes couldn't be collected and the armies simply melted away.  The people could no longer count on support from the great empire and they turned to more local leaders.  There were hundreds of warlords taking on the roles the empire had before.  When it became clear that Swelldon would not stop them, these warlords fought for more and more power amongst themselves.  The decade or so of constant fighting became known as the Successor Wars.  In time, the fighting ceased as borders became clearer.  The resulting nations were known as the Successor States.  These states later faced the Great Cloud.  Although the only state to survive intact was Venillia, they all kept the culture of Swelldon.

An Age of Discovery

Tekronna is set in a very late medieval setting about a hundred years after two continents were introduced to each other.  I've been fascinated by the war of the worlds that took place after Europeans came to the Americas for a long time.  In Tekronna, the catch is that the discoverers brought back disease to their own continent that destroyed the political order that allowed them to set sail to new lands in the first place.