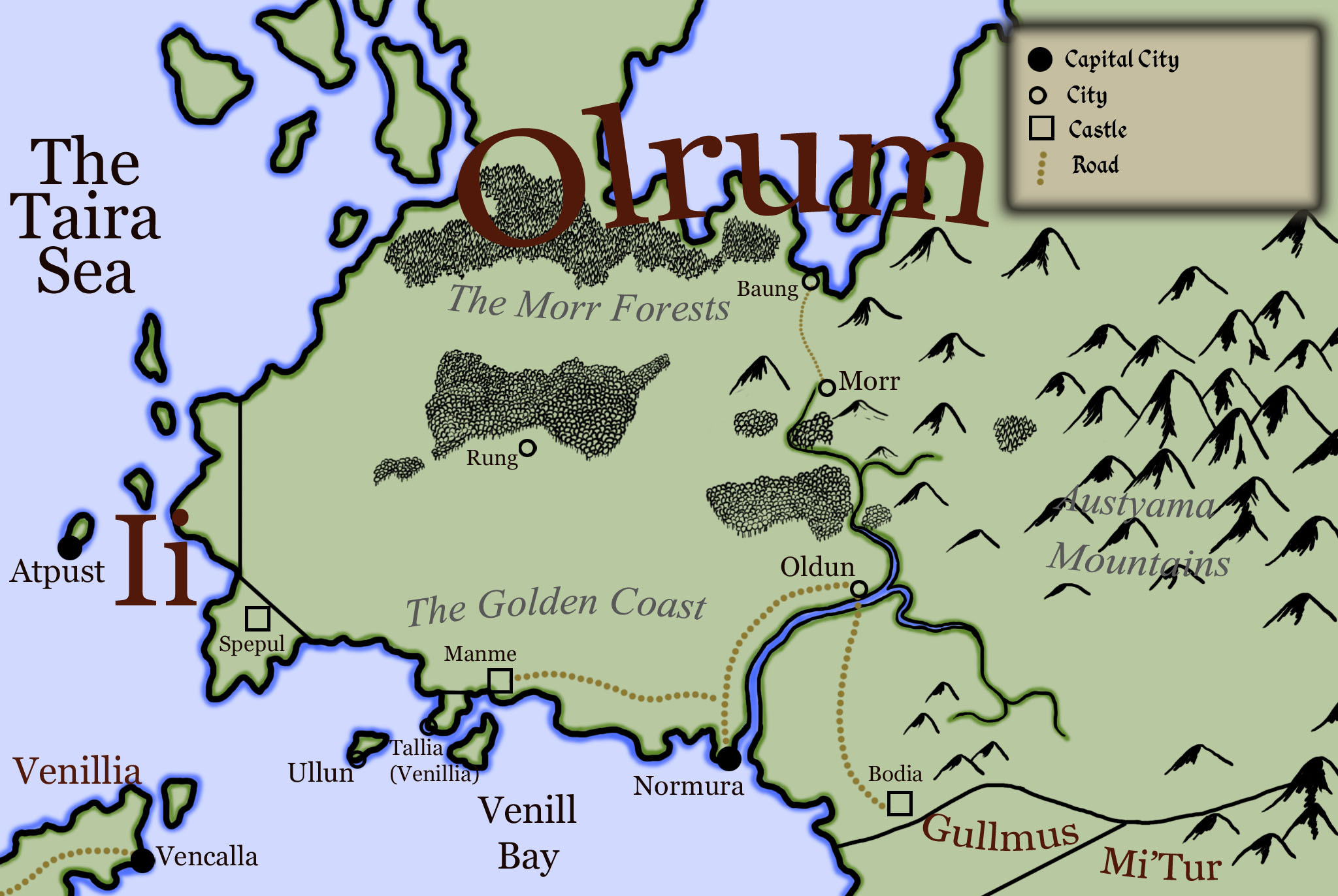 In its early days, Manme was a small fishing village, and not a very successful one.  However, as the population of Venill Bay rose, the grain of The Norlun became more and more important to the cities around it.  Most of the grain produced in the Golden Coast was shipped to other parts of Venill Bay from Manme and the city rose.