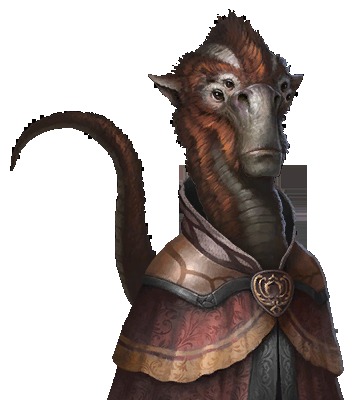 Bothrians are a Mammalian species, originating from the Interstellar Bothrian Autocracy. They are known to be honorful warriors who are deeply loyal to their country. A large part of the Galactic Concordia army is comprised of Bothrian troops.

Bothrians boast an honorful and loyal culture, entirely devoted to the Autocracy. They are known to be skilful warriors, commonly employed as soldiers.

The Bothrians believe in both reincarnation and an afterlife. "The Flow of Life" is what they call the belief that as a person dies, it follows along a stream that eventually reaches a newborn child. If the person who died was a great warrior, it is said that it instead flows into "Chronica", a paradise full of, perhaps surprisingly, serenity and peace.

The Bothrian religion states that eventually every soul will reach Chronica, and that being reincarnated is not a failure, but a step towards greatness. Their religion also claims that the weak and frail should not be shunned for they are still Bothrian and one day they will reach Chronica too.

Despite this claim, there seems to be a stigma against the weak in Bothrian culture.

Entering Chronica does not seem to require a death in battle, only the life of a "great warrior".