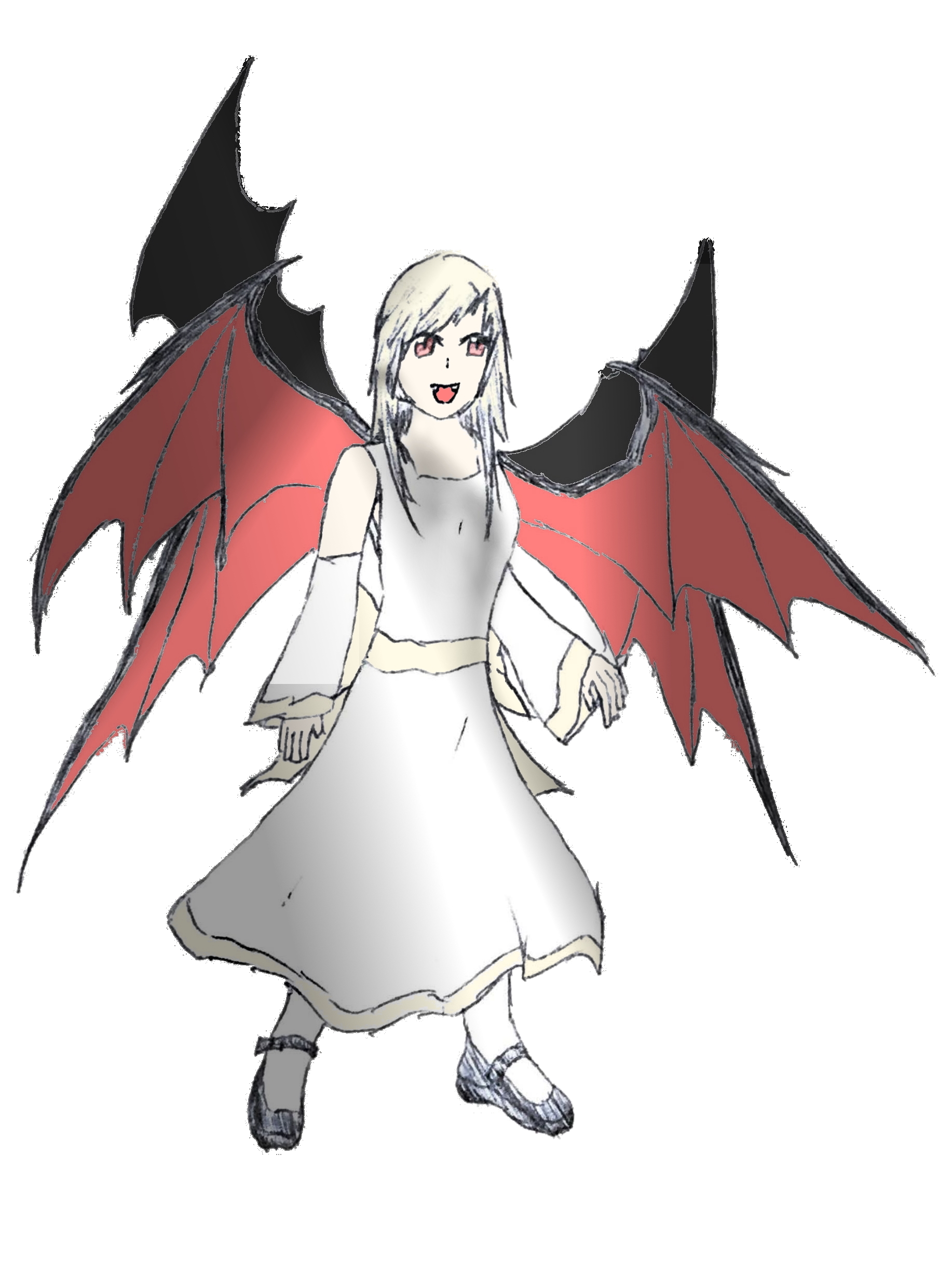 Empyra is the God of Life and Death as well as the God of the Pyrrism religion. She is the most powerful seraph and the strongest of the five gods. She is considered level 100.

Empyra is a slender short vampire with 3 pairs of bat wings. She has very light blonde hair and very light skin. She usually wears white robes with golden trim, detaches sleeves, and a waist sash tied into a ribbon on her back. Her preferred weapon is a celestial halberd with the gem of life embedded. Sometimes, she wears full celestial armor.

Empyra's main goal is to protect the peace and stability of the Overworld against the other four gods. She does not usually participate in mortal affairs.

Empyra tries to act like a traditional ruler to strangers. She speaks loudly, slowly, and clearly to makes her authority known. She does not tolerate foolish behaviour and will forcefully remove people from the room. During commands, she uses magic to amplify her voice and create an aura of fear.

Against enemies, she manifests celestial armor and activates her invulnerability. She also steals their energy and restricts movement. It is impossible to damage her when she is alert.

Towards trusted friends, she speaks more quickly. She wears her traditional comfortable clothes. She is easily excited and points out anything that interests her. She is easily distracted.

Empyra was born in 1984 in Em manor to two rich vampires, Empra and Ember. Ember was the Lord of the manor and allowed her to attend a prestigious academy. She was exceptionally talented and gained control of light and fire magic, becoming one of the most powerful vampires in existence at the age of 16. At around the same time, her parents were killed by Zela's systematic annihilation of manors during the Lunar War.

Seeking vengeance, she convinced her friends to go to fight in the war. However, they were not as powerful as her and perished during their fights. For their sacrifices, she was able to obtain the gems of water and nature. These allowed her to manipulate the outcomes of battles while staying safe and eventually allowed her to kill a weakened Zela and steal all her collected gems.

With the gems of life, magic, void, fire, water, earth, and nature, Empyra abandoned all responsibility and fled to the ocean. There she created a new continent, now known as the Overworld, and created an impassable mountain barrier to separate it from the Void. She created 4 new races, elves, limons, angels, and humans, inspired by the void races. She now lives watching over her creations and ensuring nothing gets past the mountain.

Life and Death Manipulation: Absolute control over who lives and dies. Empyra can instantly kill anyone under celestial tier at no cost. She can prevent death and resurrection. She is the only being in existence who can resurrect a corpse after the soul has left the body. She can create life.

Fire Manipulation: Mostly used with her halberd for offensive large scale areas of effect. Her spells burn with the power of the sun, instantly incinerating everything unprotected within sight.

Wind Manipulation: Mostly used with her wings. Flaps may accidentally summon tornados. Her winds empower her allies, increasing their speed and power by a percentage of her own.

Omnipotent Magic: Control over magic itself. Non omnipotent magic users cannot cast magic unless Empyra allows it. She can counter, copy, and absorb any magic instantly.

Elemental Mastery: Mastery of all elemental magic and the ability to combine them. Byproduct of her Omnipotent Magic's magic copying.

Blood Mastery: Can transmute anything to energy, can sacrifice living enemies from afar.

Melee weapon mastery: Empyra is still extremely powerful without magic given any weapon. Her wings and bare hands are also deadly.

Unlimited energy: Byproduct of Blood Mastery and Life Manipulation preventing her from dying but allowing her to sacrifice for energy.

Immortality: Inability to die due to Life and Death manipulation

Invulnerability: Unable to take damage unless she wills it. Comes from light manipulation reflecting all damage.