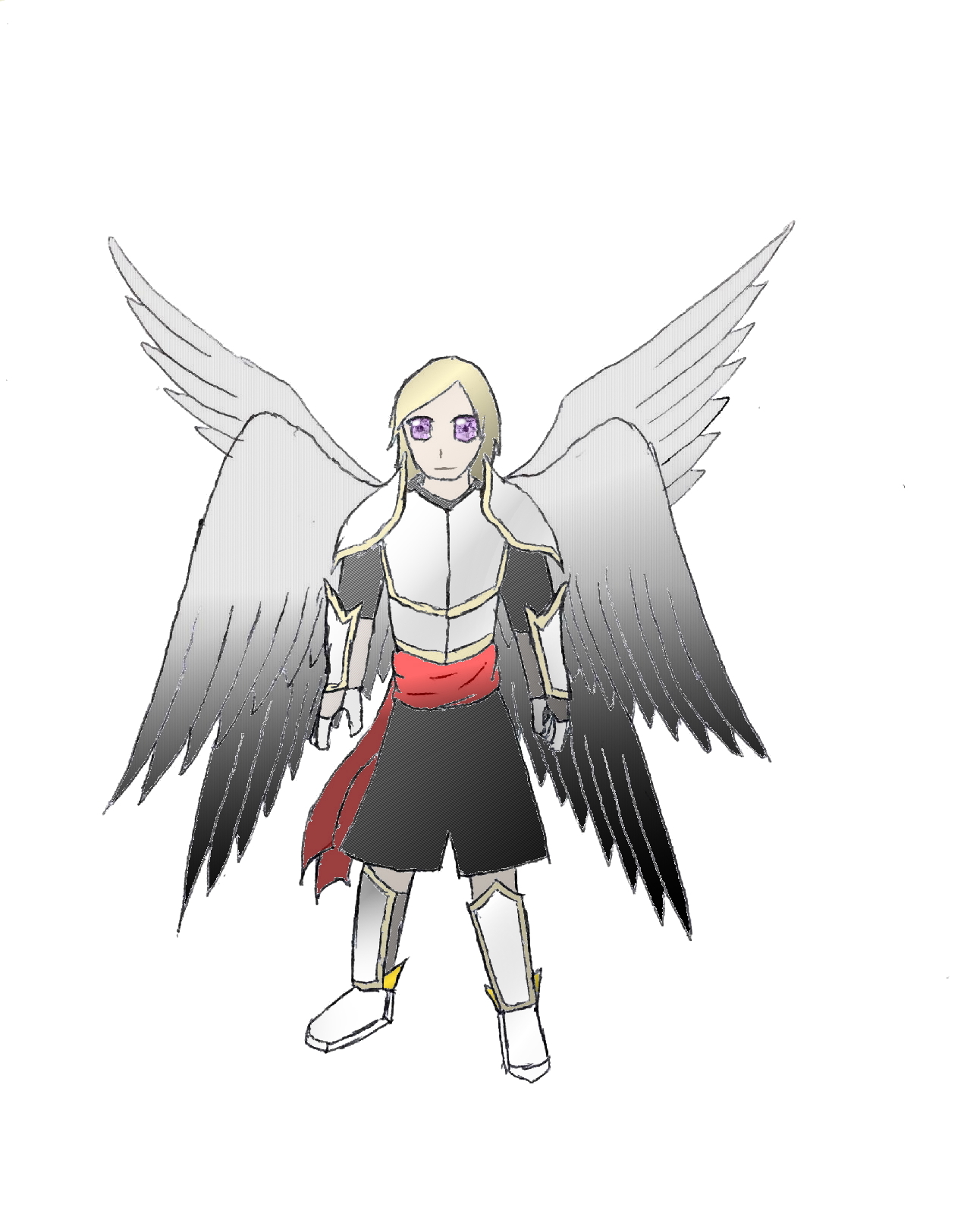 Celeste is the Guardian of Metal. She is the third most powerful seraph. She is level 93.

Celeste is a 6 winged angel with wings coated in liquid metal. She has purple eyes, light skin, and short blonde hair. She wears full celestial equipment with chainmail lying underneath and a red waist sash. The Gem of Metal is embedded in her kiteshield.

Celeste's only goal is to uphold the law and follows Empyra. She does not question any of Empyra's decisions or the law.

Celeste is cold and straight to the point to everyone. She does not show any emotions and only answers to Empyra's commands. She shows no remorse for any of her actions. However, as Empyra became fearful of her behavior, she gradually began expressing herself.

Celeste was Empyra's love interest during the Lunar War and was killed retrieving the gem of earth. She was resurrected from a particle of dust in 2007. Due to Empyra's imperfect knowledge, she lost her memories and emotions and only lives to serve Empyra.

Metal Manipulation: Absolute control of any metal, including at the atomic level. She can easily kill on a large scale using metal in blood or worn as armor.

Nigh Invulnerability: Celeste is invulnerable with her light magic but lacking unlimited energy. Eventually, she can be worn out.