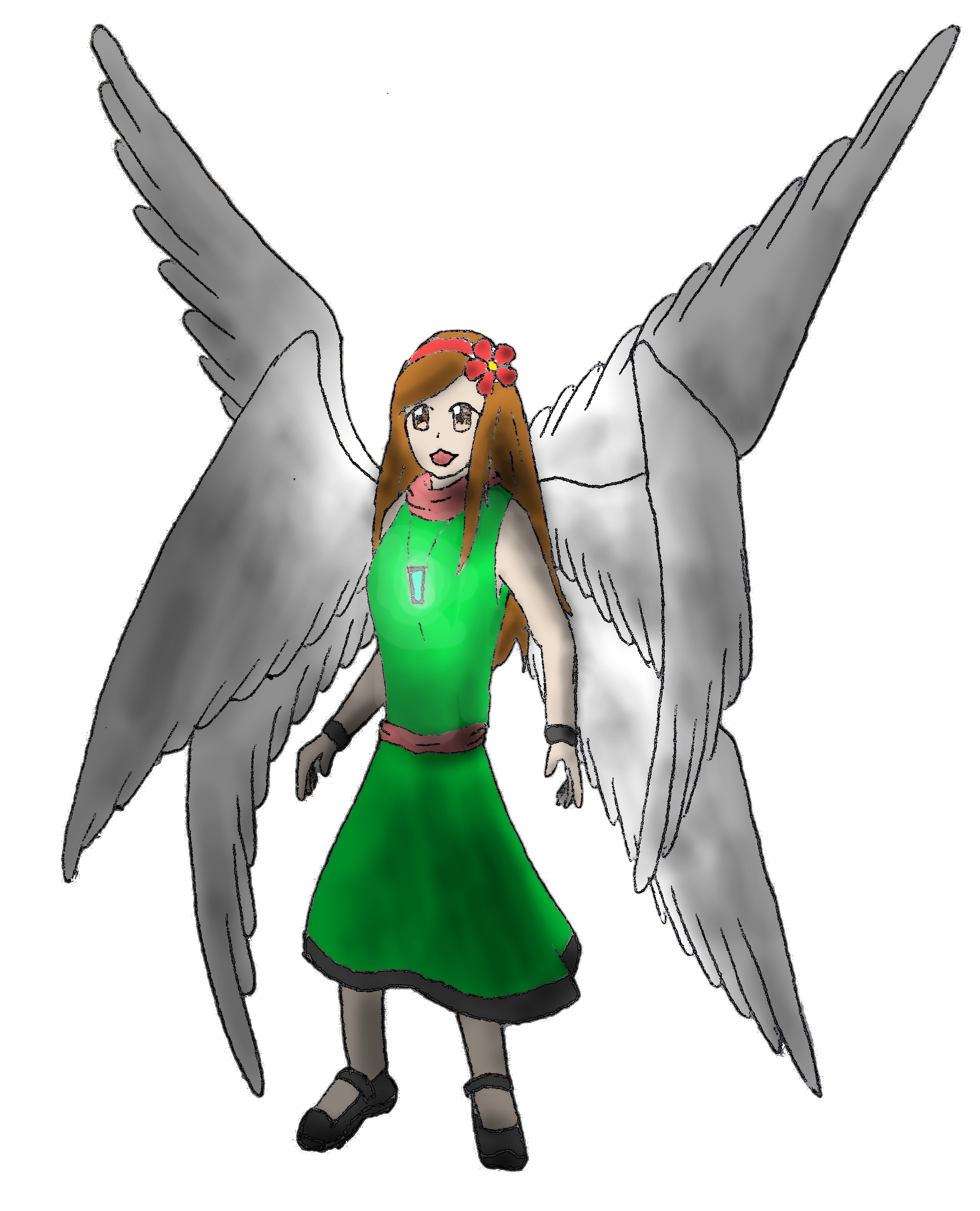 Vyriel is the Guardian of Nature. She is the second most powerful seraph and the most powerful elemental Guardian. She is level 99.

Vyriel is an angel with 3 pairs of wings. She has very brown hair and light brown skin. She has a red flower attached to a red hairband. She usually wears a green sleeveless shirt, a green skirt with a black trim, a red neck warmer, and a red waist sash. In addition, she wears white wristbands and an amulet with the gem of nature.

In combat, she uses an elvish bow and elvish armor.

Vyriel is kind and cares greatly about all living beings, considering plants to have equal value to animals. She has a motherly personality. She has a garden named Vira which she regularly tends to. She is not confrontational and tries to avoid conflict but will retaliate if she is attacked. In addition, she will attempt to defend others.

Vyriel has similar authority to Empyra and they will argue about the best course of action to take. While the other seraphs will provide input at times, Vyriel and Empyra have the final say. She leads in Empyra's absence.

Vyriel wants to preserve all life as best she can. Her interests frequently align with Empyra's. She manages all mortal affairs and helps in battles between Gods and other Guardians.

Vyriel was the first angel created by Empyra in 2007. She was made with powers from the gem of nature and energy from the entire planet. She is the living manifestation of nature.

Nature Manipulation: Vyriel can manipulate any plant, experiencing all of their senses from any point on the planet. Vyriel essentially exists wherever there are plants. She knows almost every secret. She can apply or cure any poison or disease, including corruption. She can store or take energy from any plant, meaning she has unlimited energy unless the planet is destroyed. She can also exchange her vitality with plants, giving her the ability to instantly regenerate any amount of damage once per existing plant.