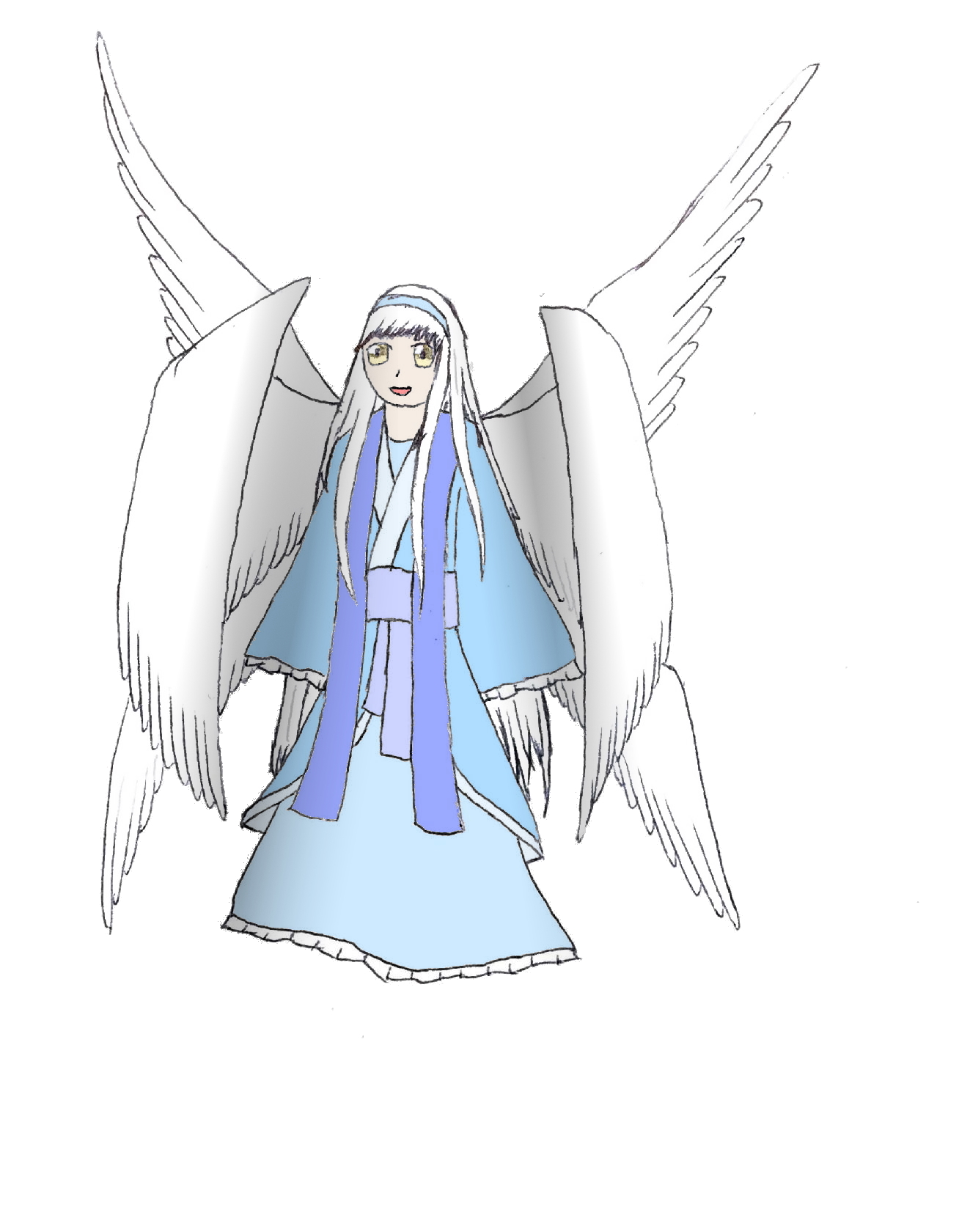 Elena is the fourth most powerful seraph. She is level 90.

Elena is a 6 winged angel with golden eyes, light skin, and long white hair. She wears fancy blue robes with a frilled dress and sleeves, a blue tied waist sash, a blue stone, and a blue hairband.

She wields a crescent staff with an oblate spheroid gem floating.

Elena greatly enjoys sleeping. She is always cheerful and lethargic. In order to get more sleep, she summons familiars to do her work for her. She is capable of storing energy while sleeping, making her extremely powerful for the rare moments when she is awake.

Elena was the third angel created by Empyra in 2007.

Water Manipulation: Elena has absolute control over water. She usually uses this to sleep on clouds and water.

Summoning Manipulation: Elena can summon anything from anywhere and any time. She summons objects from alternate realities such as games and tvs. She sometimes steals Coral's gem of water. In combat, she uses leviathans and dragons. She can also reverse summon herself, giving her teleportation anywhere.

Light Mastery: Elena can keep the sun from reaching her and remove nearby lights.