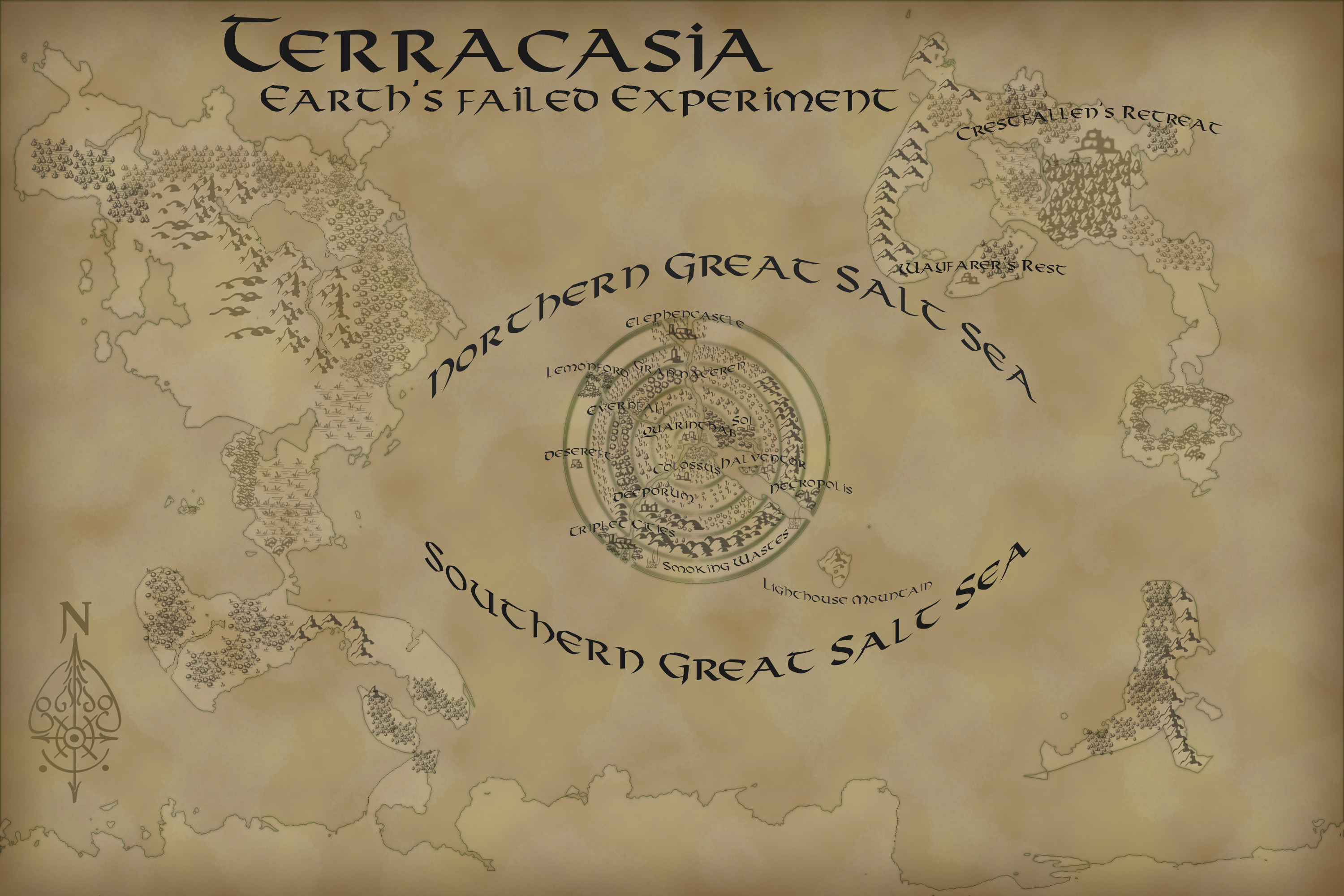 Thousands of years in the future, humans have the technological ability to construct planets and entire star systems from scratch. A group of hardcore scientists decides to use this new-found technology to create Terracasia, a giant human biological, ecological and sociological experiment. For a thousand years, the scientists populate the planet with organisms, including genetically modified giant-rabbits, loft trees and regular old dogs. As they are about to release homo sapiens upon the planet, the galatic government decides that the experiment is unethical and decides to shut it down. The fanatic scientists refuse to give up their millenial project right as it is about to begin, and the government responds by destroying all methods of communication and transportation as well as any traces of technology. They spare the scientists and the planet in order to save the hundreds of thousands of primitive homo sapien lives. Yet even robbed of their only tools to conduct it, the fanatics continue their endeavor. Some cross the sea to continue observation from afar, while others attempt to lead the primitve humans, seeking revenge against the galactic government that brought them low. Still others immortalize themselves with the last of their power supplies, codemming themselves to an existance of wandering acroos the land as their memories slowly fade into nothingness. Over the course of two millenia, the scientists and their "lab rats" create flourishing socities, culminating in a plethora of nation-states not disimilar to those of our world in the 17th century. This is where our story begins

Terracasia is approximately triple the size of planet earth, containing 9 continents sepearted by oceans and shallow seas. All but one of these contintents is unihabited. The continent that is, named Terracasium by its inhabitants (who believe that it is the entire world), was not actually intended to be inhabited at all. Split into seven, ever taller, ever smaller layers by near vetical cliffs. Each layer is split into several different biomes, and individual layers are genetically isolated from one another. Biomes are covered in a variety of exotic flora and fauna, including trees with buoyant wood, juicy cacti and giant rabbits among other things. The rest of the planet is covered in similarly exotic vegetation with remarkably fewer animals(scientists planned to release species of Terracasium to the wider world with homo sapiens). Humans in terracasium are split into various societites based on one or two levels of the "cliff cake", for until very recently, these layers have had no contact with each other. Details on each of these factions is detailed in another section. Terracasia has one moon, and had a ring system until it was bombarded out of existance by the galatic government.