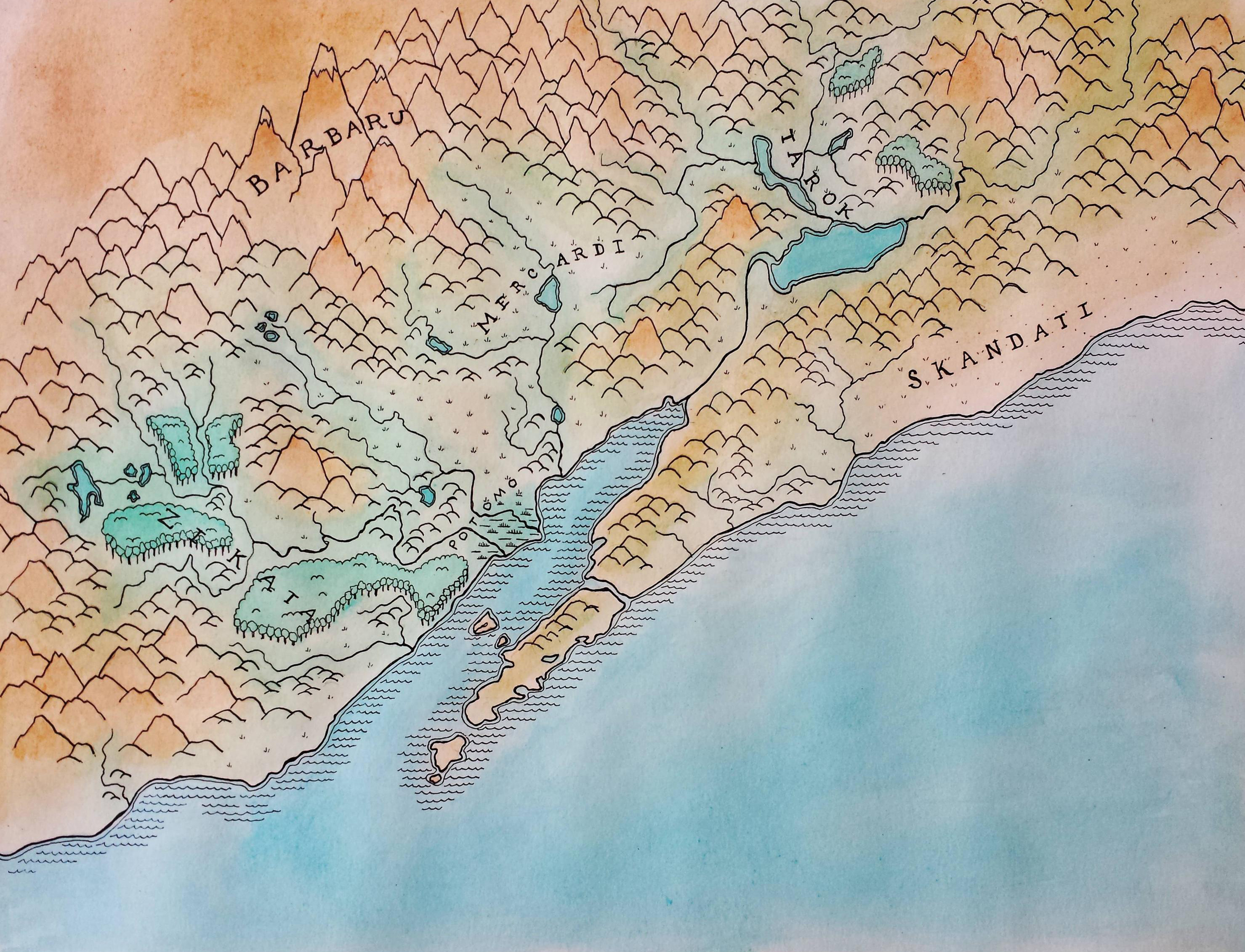 Anglupia is a wild, largely unexplored land mass roughly the size of California. It is home to six sentient humanoid species. The Barbaru, wise giants that inhabit the rugged northwest mountains. The caste-organized Zikatas keep to the western forests. The hippo-like Potomo inhabit the nearby marshlands. Mercardis, the most widely traveled, call the central plains home. Taroks, the most technologically and magically advanced, live in the northern river valley and lakes. Skandatis, small hairless creatures live in the sands along the eastern coast.

Anglupia is set on high-fantasy Earth-like planet. Technologically, most races are around the late Stone Age to early Bronze age.