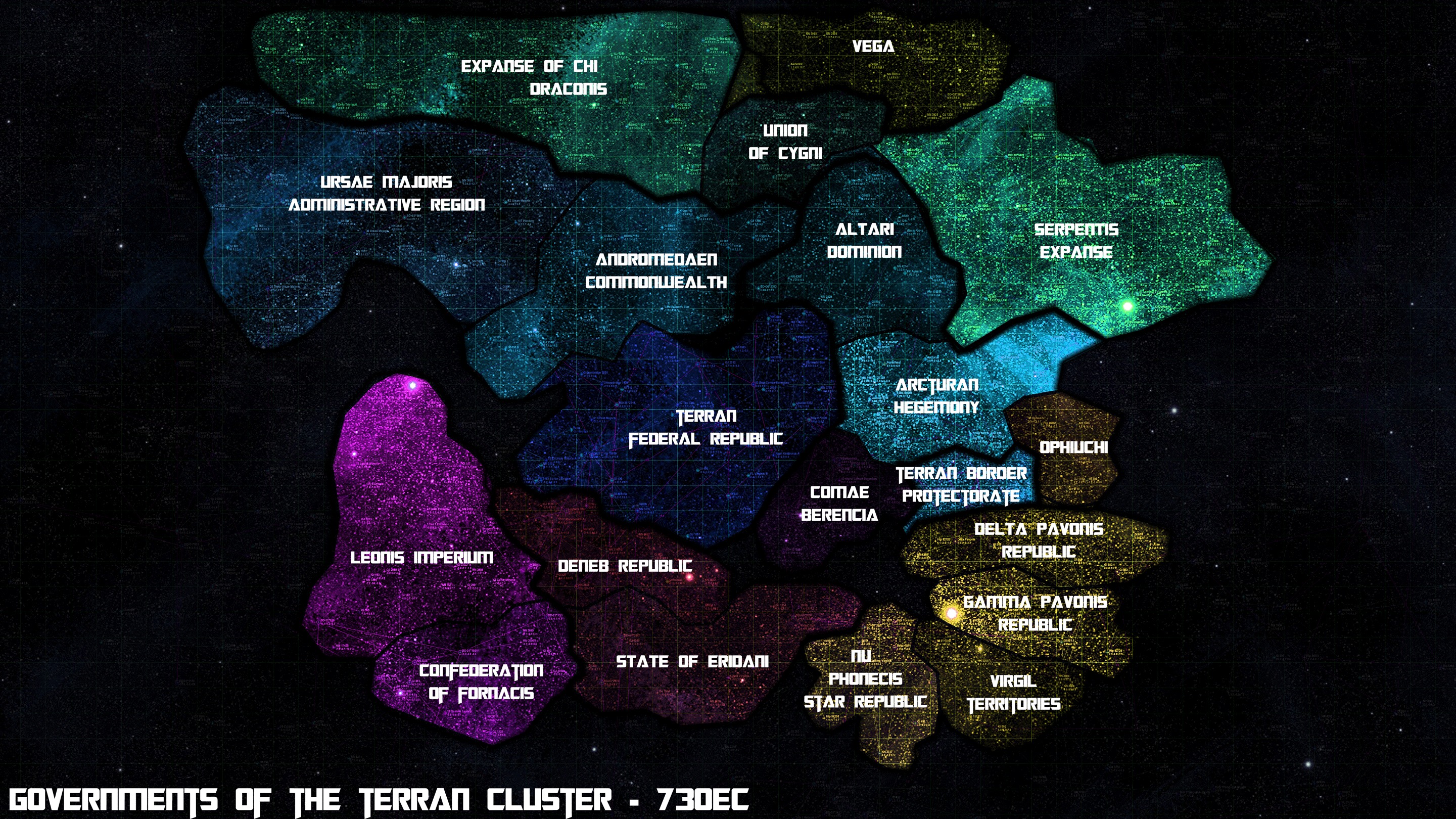 In the 2100s, Earth seeds the stars with sleeper colony ships to spread its reach beyond the Solar System.

Most of these sleeper colonies fail to reach their destination, or perish on uninhabitable worlds, but eight surive and form their own societies.

By the 2600s, Humanity had spread outwards from the cradle of Earth and has made contact with the societies formed by the colonists; some allying with the homeworld and others remaining staunchly independant.

After nearly two centuries of war and intruige; the Terran Federation remains a major political force in the Human territories although its main rival in the Coreward Expanse and the existance of many independant republics stand as a testment to Humanities unwillingness to submit to a single political order.

In the western reaches of the cluster, the elusive Leonis Imperium has begun to stir, expanding its influence and for the first time coming to the notice of the Terran Federation.