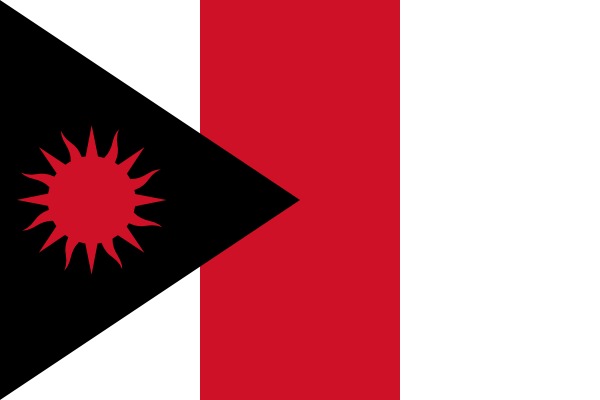 The Sentinels are the military mice (and other beasts) of Vacce. They act as scouts, watchmen, and patrolmice for the eastern half of the forest. They very rarely go beyond Leomas. The group itself is actually very close to the members of the Watch, and both have gone on excursions in the forest before, and have trained and sparred with each other as well. The Sentinels are larger, however, numbering at about 50-60 creatures. The Sentinels are well known for their sky watching, used sometimes to predict weather approaching the forest. They have bestowed this information on to the mice at Zarago, but the Sentinels have an uncanny ability to be much more accurate in their predictions.

The Sentinels are famously known for their "skywatchers", mice who can accurately read and predict weather and the clouds. It's been many a time that skywatchers have helped Vacce: by predicting a nasty, horrible storm and warning the creatures of Vacce to supply and prepare for it; by predicting a good crop and a good weather for the farmers of Vacce; even so far as to have predicted a rogue fog or mass of clouds that would help prevent the Sentinels from being detected during war. The Sentinel skywatchers are a huge boon to Vacce and its creatures, and are highly regarded by many.

As far as uniforms go, there are two standard outfits that every beast in the Sentinels is issued.

One: every beast is issued a thick, grey-blue smock. It's made of whatever cloth is available - silk, cotton, so on, and woven in very thick layers. It's a little heavier than a normal smock, but it offers some protection without impeding much movement if any.Two: regular and veteran members of the Sentinels are issued either a shirt of mail (typically for medicine beasts or small scouts or scribes), or brigandine. Both are worn on top of their smock.

Gear and equipment wise, Vacce very carefully prepares their Sentinels. The metal and cloth gone into their uniforms are the very best, thankfully, and their weapons the same.

For the Sentinels, from their experiences and battles over time, they choose the more practical weapons. Halberds and pikes are the favorite of the Sentinels, war with the wildcats that roam the mountains have proven that the last place you want to be on the battlefield is too close to the enemy, especially when that enemy is a wild cat. For close combat, swords and daggers are the choice weapon for the Sentinels - thankfully metal is plentiful in Vacce, and there is no shortage of swords there.

These are the statistics regarding the organizational structure for the Sentinels. Numbers can vary at any point in history.Normally, the breakdown of a patrol is this: it is lead by 1 sergeant, who picks a veteran member of the Sentinels to aid them. This member tends to be the patrol's skywatcher, who also doubles as the group's navigator(there is one for each patrol group). Along with the sergeant and the skywatcher, in each patrol there are 1-2 scouts, or rangers. The group is rounded off by a medicine mouse or healer.

With this, the patrol is very self-sufficient and is capable of being away from Vacce for long periods of time, if need be. Everyone in the patrol has basic combat training.

A troop normally consists of several patrols, lead by a lieutenant. Aside from the normal structure of the patrols, the only other type of beasts that are added to the ranks of a troop is the lieutenant and their aid or assistant/adjunct, along with a scholar who helps keep track of supplies (normally not trained in combat).

Although the company of the Sentinels as a whole exists, it normally doesn't see deployment as a whole company unless in war. Aside from the assortment of troops under the lead Sentinel's command, there are a number of aids and helpers that go along with the company when they deploy.