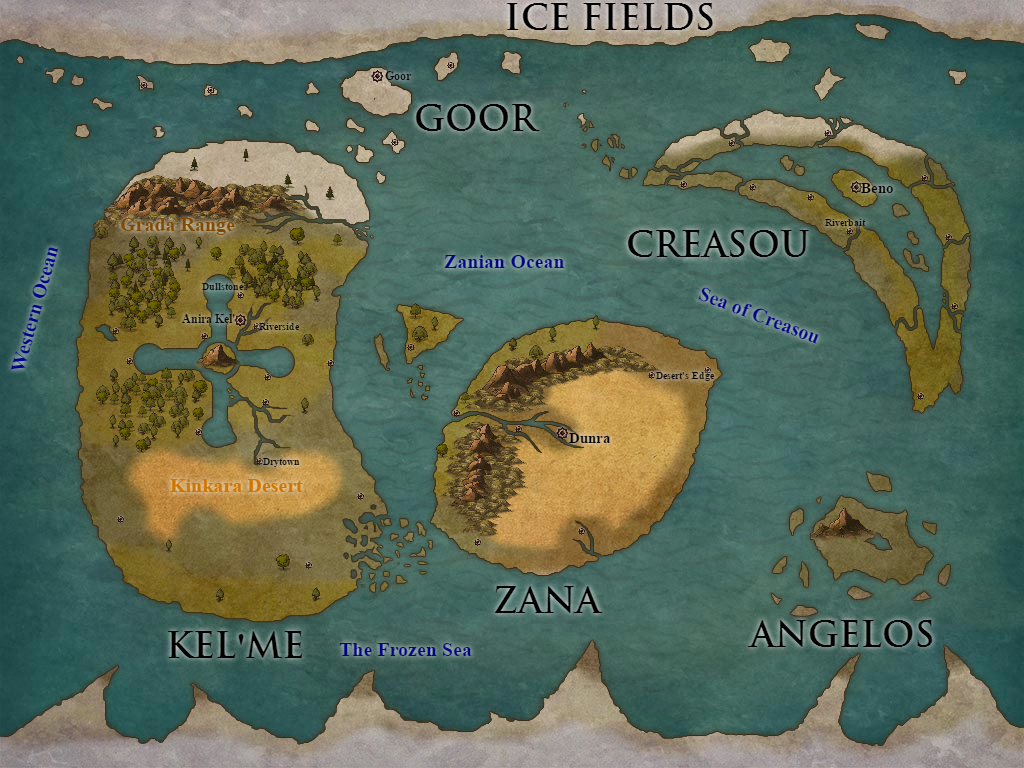 Aliron is a world of magic and mythical creatures. It is inhabited by four races, Humans, Elves, Dwarves and Marrayasen, which all originated from the precursor race known as the Kel'son. The world is made of six continents, Kel'me, Zana, Creasou, Angelos, The Ice Fields and the South Pole. The majority of religions is based around the six Greater Gods; Kaija the Goddess of Light, Drae the Goddess of Darkness, Yirros the God of Logic, Qumdohr the God of Chaos, Kydes the God of War and Maasruhm the Dark God. However, there is also a plethora of Lesser Gods that are worshipped.

Semi-High fantasy. Technology level equal to the 16th century, so matchlock and wheel-lock firearms have been developed. The current year is 1528 of the Third Era